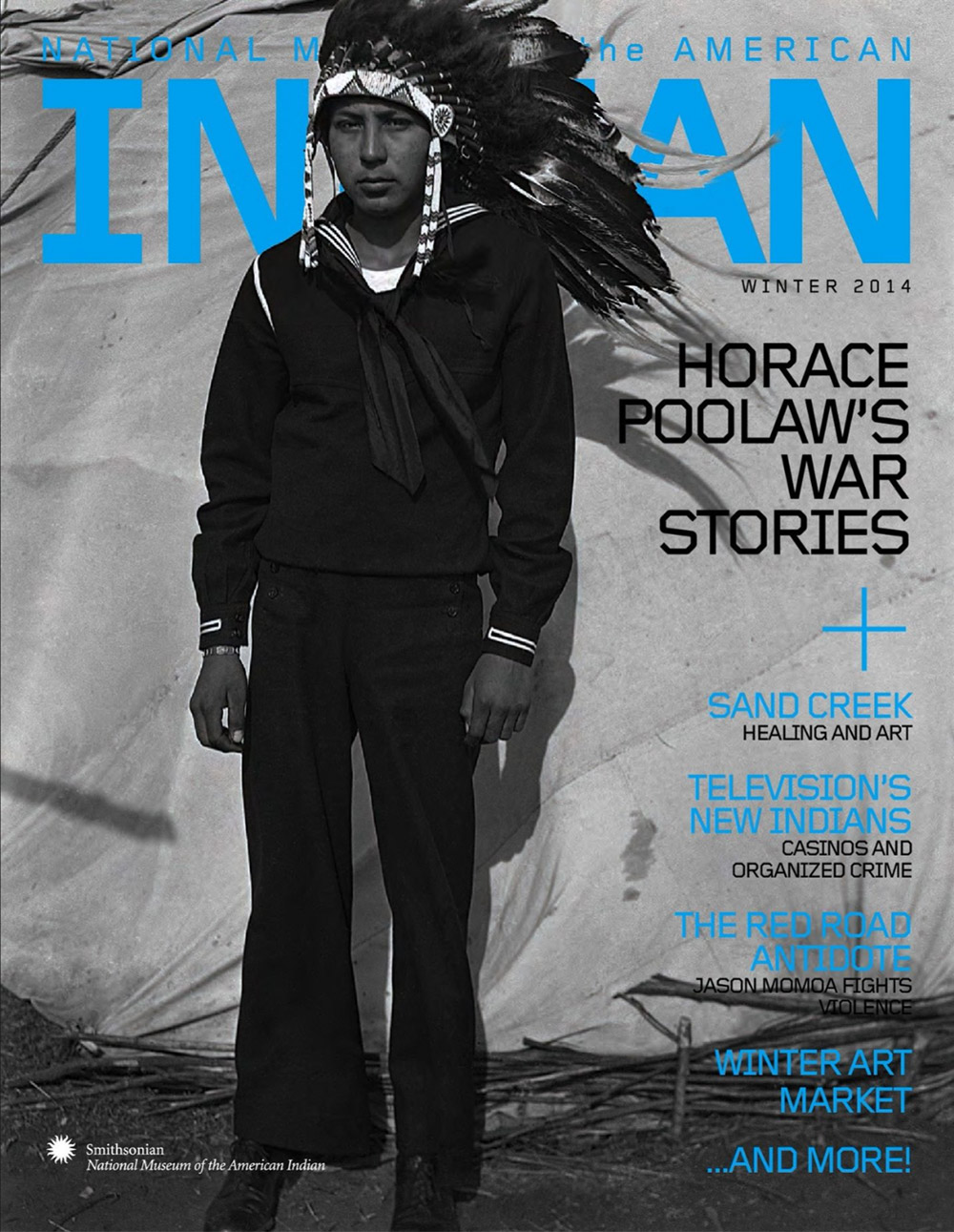 Jerry Poolaw (Kiowa), on leave from duty in the Navy, at Andarko, Okla., circa 1944. 45HPf173. On display in the exhibition For a Love of His People: The Photography of Horace Poolaw at the National Museum of the American Indian – New York, through Feb. 15, 2015, and printed in the catalogue of the same name, Nancy Marie Mithlo, general editor, published by the National Museum of the American Indian and Yale University Press (Washington,D.C. and New Haven: 2014). 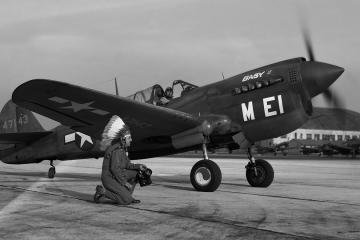 History
Valor in Black and White: Horace Poolaw's War Stories
Alexandra Harris
The great Kiowa photographer documented the daily life of his people and his family, and also their strong martial tradition. 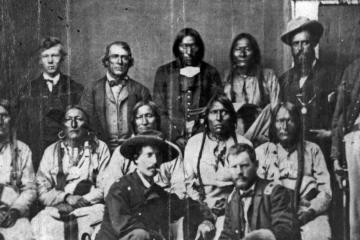 Art & Culture
Art And Healing: The Sand Creek Massacre 150 Years Later
Theresa Barbaro
The shocking massacre of innocent Cheyenne and Arapaho people inspires a Denver art exhibit by the descendants of the victims.

Art & Culture
TV’s New Indian: Gangs And Casinos
James Ring Adams
Dramas on the small screen have evolved a new image of the modern Native, but not necessarily a better one.
Previous Issue Spring 2014 / Vol. 15 No. 1
Next Issue Spring 2015 / Vol. 16 No. 1