Born in a tipi on the plains of southwestern Oklahoma, Horace Poolaw (1906–1984) endeavored to be a photographer from the time he was a teenager. He left school after the sixth grade and apprenticed himself to professional photographers in his hometown of Mountain View in order to learn the trade. The young Kiowa man succeeded in documenting his multi-tribal community from the 1920s to the 1970s, when his eyesight finally failed him. He created a vast record of local history, leaving behind more than 2,000 negatives, most of which have never been developed, much less exhibited. Many of these images can be seen in the National Museum of the American Indian’s current exhibition, For a Love of His People: The Photography of Horace Poolaw (on view at the Museum in New York until Feb. 15, 2015). 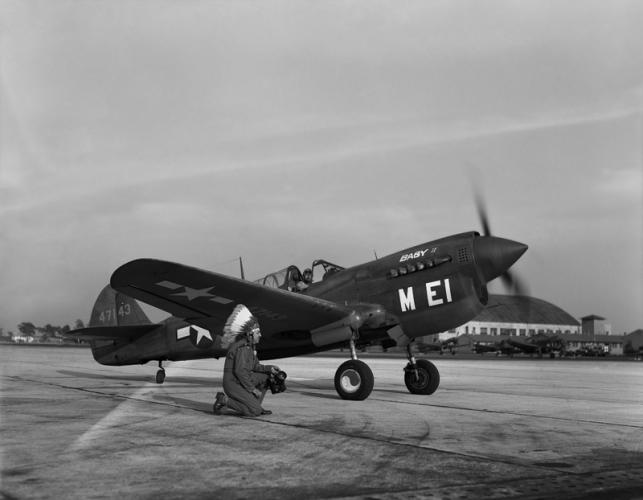 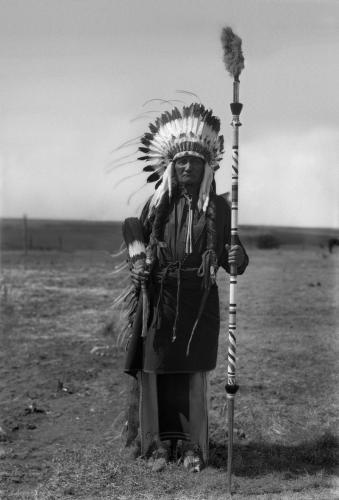 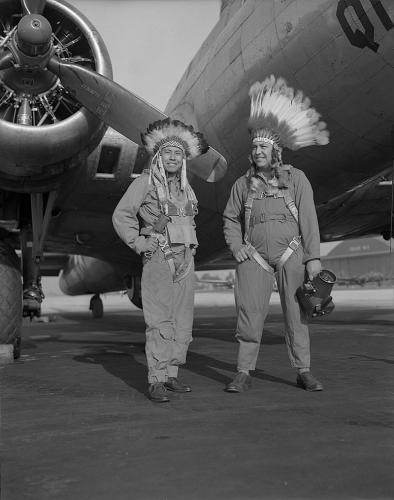 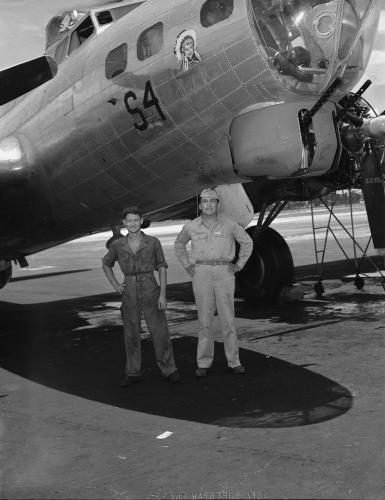 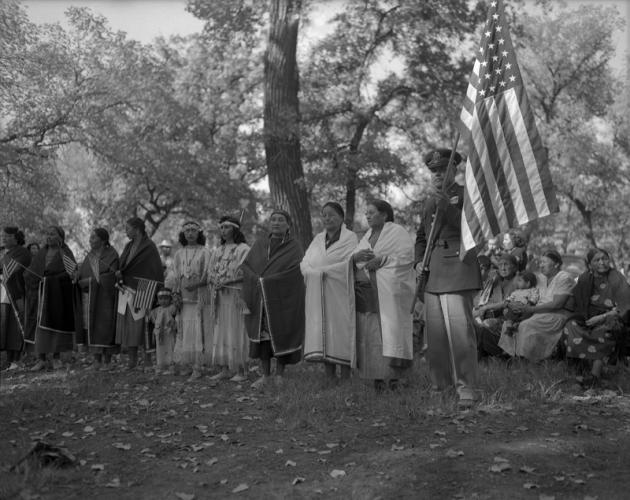 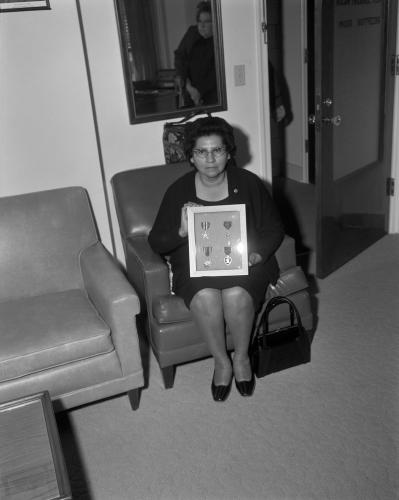 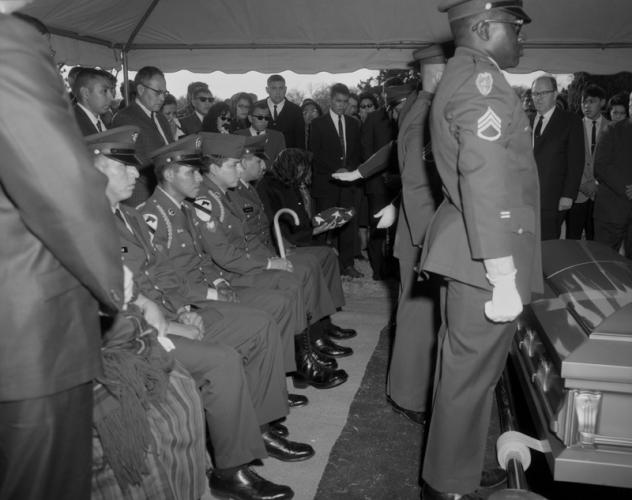 As we view them today, Poolaw’s images document a critical point in history – post-reservation, post-missionization, post-forced-acculturation by the U.S. government – when American Indians were relatively invisible in the broader fabric of American society. They also record his great interest in the military, both the warrior traditions of his tribe and the personal service of himself and his family. One of his most prominent subjects was his nephew, First Sergeant Pascal Cleatus Poolaw, who has been called the most decorated American Indian serviceman in the history of the United States military.

Through his own service in the military and after, Poolaw photographed veterans’ homecomings, honor dances, Kiowa military societies and even funerals. While events honoring veterans may seem almost commonplace in an America today that has endured more than a decade of war, during Poolaw’s era they were the center of community life. The particular prominence of the military in Poolaw’s photographs speaks not only of the legacy of military commitment that defined his generation, but of a martial history that is uniquely Kiowa.

More than 300 Kiowas served during World War II out of a total tribal population of less than 3,000, so every Kiowa family was affected. While this volume of servicemen and women was unique for his generation, Poolaw’s recent ancestors would have recalled a youth powerfully defined by military life, albeit not with the U.S. armed forces. Before reservations, Kiowa men belonged to several different military societies such as the Gourd Clan, the Black Legs (or Leggings) Society, and the Ohomah Lodge (war dance society), based on a family’s rank and the warrior’s status earned in battle. As J.J. Methvin, Methodist minister to the Kiowa during the late 1800s, described of pre-reservation soldiery. “Every boy, as soon as old enough, becomes a soldier, and of course, every girl must needs become a soldier’s wife.”

Poolaw’s father, Kiowa George (1864–1939), was born just before his people
were forced onto the reservation to a sedentary life, a son of esteemed warrior Black War Bonnet Top. A handful of years before his birth, leaders such as Big Bow,
Lone Bear, White Bear and Hunting Horse were born and lived the often violent Kiowa way of life, as honor was gained through valor in battle, defending territory and raiding neighboring tribes. Kiowa George’s two wives, in fact, were the daughters of a Mexican captive acquired in a raid; they were raised as Kiowas. Honors gained in battle were made public through ceremonies within their military societies. The classic war bonnet headdress, for example, is populated with eagle feathers earned through bravery and successes in battle.

The reservation period (1875–1901) ended millennia-old Kiowa ways of life. The U.S. government, in an effort to eradicate American Indian culture, outlawed dances, ceremonies and any activity associated with traditional religions. Similarly, many 19th century Kiowa traditions associated with warfare were suppressed, including most of the military societies and their associated dances. Yet many military societies went underground during those years, to resurface again during the next opportunity for Kiowa men once again to go to battle: World War I. The Great War afforded the first opportunity since the reservation period began to earn honors in battle; as a result, the warrior societies became relevant again.

But the Kiowa warrior spirit was more enthusiastically reinvigorated mid-century, with the outbreak of two more wars in relatively quick succession. Between World War II and Korea, the Kiowas’ opportunity to achieve valor in combat renewed the somewhat dormant Gourd Clan and Black Legs military societies. Horace Poolaw’s fellow serviceman Gus Palmer, Sr., was a key figure in renewing the Black Legs Society in 1958, and served as commander from that time until his death in 2006. Horace Poolaw was a member of both the Gourd Clan and Black Legs societies, according to his son Corky, who is himself also a member of both after his lifelong service in the Marine Corps and his combat honors earned during the Vietnam War. Says Linda of her brother, “Corky inherited that ‘warriordom’ from Dad; it wasn’t rules or regulations, but a warrior spirit.”

At the same time, Kiowa women’s societies reemerged in a somewhat different form from pre-reservation times to include groups such as the Kiowa War Mothers (a distinctly Kiowa version of the American War Mothers) and the Carnegie Victory Club, creating new songs for the modern era. The Kiowa War Mothers’ Flag Song still opens many military society celebrations. Horace Poolaw, as his daughter often remarks, photographed the transitions and adaptations that the Kiowa people made to recover their culture from the devastation caused by the reservation period.

During Horace Poolaw’s time, honor dances and other veterans’ events were much bigger than they are today, perhaps because the pre-reservation warriors and chiefs were still in attendance. “Honor dances would’ve been presided over by elders, traditionalists,” explains Dennis Zotigh (Kiowa/Ohkay Owingeh/Santee Dakota), cultural specialist at the National Museum of the American Indian. “They would’ve all been speaking Kiowa.” The war chiefs would have been able to still recount their deeds, maintaining a strong connection to the old ways. Poolaw’s pride in documenting honors in war echoes those recounted deeds; he provides evidence for us today of the honor dances, parades, powwows and Gourd Dances during this time of change.

The Poolaw Family at War

Although we don’t know much about Horace Poolaw’s early military career, Robert “Corky” and Linda Poolaw (two of Horace’s four children, both Kiowa/Delaware), speculate that he was first slated to be an aircraft mechanic, and was sent to California for that purpose after he enlisted in 1943. Soon after, however, he was sent to Colorado to learn the art of aerial photography. He was then stationed for the duration of the war at MacDill Field in Tampa, Fla., training other aerial photographers – a perfect marriage of his interests in both photography and airplanes. While there, he met up with fellow Kiowa Gus Palmer, Sr. The two appear in some of Poolaw’s most engaging self-portraits, wearing flight suits and war bonnets. The reference to the dress of past Kiowa soldiers, as Linda Poolaw observes, shows them as “a warrior in a different uniform.”

During Poolaw’s time at MacDill Field, from 1943 to 1945, the family had the opportunity to visit twice. Corky remembers one particular visit when he was about six years old. His father had taken him and Linda to the mess hall one day and pointed out the German prisoners of war, hundreds of whom had been detained at MacDill Field and other Florida bases in late 1944 and 1945, serving the food. Corky was immediately afraid: “I said, I’m not going to eat this, because they’re going to poison me!”

But Poolaw had made one particular acquaintance among the German POWs, a man Corky remembers as Kraus. Kraus was an artist, and used one of the photographs of Linda that her father had taken during a precious visit home as a model to paint her portrait on the fuselage of a B-17. The plane was henceforth dubbed the “Linda Sue.” Although Horace took a self-portrait with the final artwork, his children can’t be sure whether the man standing next to him is the talented painter; he remains unidentified.

After the war, Horace returned to Mountain View, where he attempted cattle ranching. As in his photography business, he was never successful enough to rely on it for steady income. So he took a job at nearby Fort Sill as an aircraft mechanic until a car accident in 1957 prevented him from continuing work. All along, Horace took images of his family and community as they were called away and returned from wars, between World War II, Korea and through the long years of Vietnam. He was deeply proud of his children and extended family members who served in the military, which included two of his sons, Jerry and Corky; his other son, Bryce, served as an officer in the U.S. Public Health Service’s Commissioned Corps.

One of the most frequent faces in Horace Poolaw’s photographs of military events was First Sergeant Pascal Cleatus Poolaw, Sr., called “Cleatus” by friends and family. He has been called the most decorated American Indian serviceman in the history of the United States military, and was also a member of the Black Legs Society. Sgt. Poolaw’s service spanned three wars – World War II, Korea and Vietnam – and earned him 42 medals, badges and citations, including four Silver Stars, five Bronze Stars, three Purple Hearts (one in each war) and the Distinguished Service Cross.

Although Sgt. Poolaw had retired from the military, he reentered in 1967 hoping to prevent his son Lindy from having to deploy. (Army regulations prevented two family members from serving in the same combat zone without their consent.) Another son, Pascal Cleatus, Jr., had recently returned from Vietnam after losing a leg. Sgt. Poolaw’s strategy failed, and father and son went to combat together. This was not new for Cleatus, however, who had served in World War II with his father Ralph (Horace’s brother), and two brothers. Four months later, he was killed while carrying a wounded soldier to safety. Horace greatly admired his nephew Cleatus, and after his death the photographer committed his energy to seeing him inducted into the Hall of Fame of Famous American Indians in Anadarko, Okla., where a bust of him now resides.

Horace Poolaw documented a modern legacy of service, recording his own and other Kiowas’ military achievements. “The more I work with his photographs and think about them,” reflects daughter Linda, “I wonder if photographing [veterans] wasn’t enough – he had to be in there. He wasn’t like some of these guys, like those who lose a leg, who are warriors. But these people affected his photography.” His children have immense pride in the high level of involvement their father had in the community and military. As Corky affirms, “How do I describe my dad in one word? Patriot.”

Alexandra N. Harris is a senior editor at the National Museum of the American Indian and the project editor for the exhibition and book “Dakota Modern: The Art of Oscar Howe.”