A new Indian streotype is taking hold in America mass culture. Instead of war bonnets and campfires, Indian life in the lens of current movies and television is marked by casinos, gangs and links to organized crime. 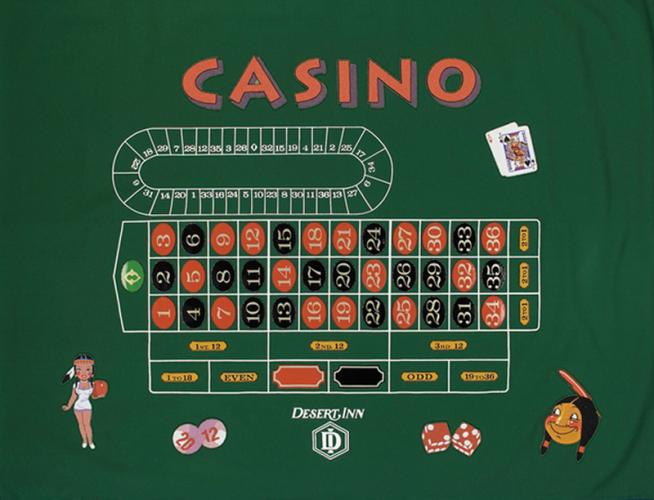 The beginnings of this trope were innocuous enough, but it began to take a vicious turn as tribal casinos flourished and stirred up mainstream envy and anxiety. The stock figure of Indian as modern businessman might be traced to the later seasons of the great TV comedy Northern Exposure, which ran from 1990 to 1995. The recurring character Lester Haines, head of the council of an unspecified tribe and played by Apesanahkwat, then the actual chairman of the Menominee Tribe of Wisconsin, made his mark as the only person ever to outwit the local tycoon Maurice J. Minnifield (Barry Corbin) in a business deal. The role was hardly a stretch for A.P., who in his eight terms as Menominee chairman led the drive for a tribal casino in Kenosha and influenced the drafting of the Indian Gaming Regulatory Act. In the hands of David Chase, then executive producer of the series, the role was new and refreshing. When Chase carried it over to his later project, The Sopranos, it became less so.

In several episodes of the HBO drama, Tony Soprano and his crew divert themselves at a tribal casino in Connecticut, where they are on chummy terms with the tribal chairman. The scenes intensely irritated the then real chairman of the Mohegan Indian Tribe, Mark Brown, who saw them as veiled references to the tribe’s Mohegan Sun casino. “It was unfortunate,” he recalls. A former law enforcement officer himself, he points to the layers of supervision – Connecticut State Police, tribal police and Tribal Gaming Commission – tasked with preventing criminal influence at the casinos.

But this apparatus, and its record of success, was generally ignored in the fictions that followed. To be sure, the new wealth of tribal casinos generated a trove of seamy political news. The Jack Abramoff influence-peddling scandals tainted Congress and the George W. Bush Administration and made a walk-on appearance in Kevin Spacey’s political drama House of Cards. Spacey played Abramoff himself in the 2013 movie Casino Jack. The trope of an Indian casino–organized crime nexus has proliferated, however, without any similar support from hard news.

This trope is now a staple of cable television crime dramas. The twice-resurrected police procedural noir The Killing, set in Seattle, included a subplot about a jurisdictional struggle with tribal police at a nearby Indian casino. In one scene, the tribal police give a severe beating to one protagonist, a Seattle policeman they find on their reservation. The irony of this plot line, a product of ignorance or outright distortion, is that one of the tribes in this area, the Suquamish, was the victim of what was possibly Chief Justice William Rhenquist’s worst Supreme Court Indian law decision, the Oliphant case, which denied tribal governments criminal jurisdiction over non-Indians, even within their own territory.

To add real injury, these “Wapi Eagle Casino” episodes began to run in May 2012, just as the House of Representatives was rejecting the Senate-passed Violence Against Women Act. One sticking point was the House majority’s objection to extension of tribal jurisdiction to crimes against Indian women. It’s not clear what impact The Killing’s misrepresentations might have had, and the bill eventually passed, a year later. But in stereotyping, every little bit hurts.

The Cinemax series Banshee is set in an exceptionally violent town in Pennsylvania’s Amish country, in which an ex-con and a retired jewel thief occupy the moral high ground. It brims with larcenous stereotypes, from the tribal casino manager to a renegade Amish crime lord to Ukrainian gangsters to a cross-dressing Korean, who steals every scene in which he appears. In the first season, the chief of the fictional Kihano tribe was played by the late Russell Means (Oglala Lakota), whose son, Tatanka, continues in the series. This year’s season finale ended with the murder of the tribal casino director by the shunned Amish niece of the renegade Amish crime lord, setting up a prominent role in the next season for the revenge-seeking tribal motorcycle gang.

A casino and crooked tribal police, this time identified as Northern Cheyenne, play a prominent role in Longmire, the A&E television adaptation of Craig Johnson’s excellent Walt Longmire mystery series, even though they don’t appear at all in the original books. The 10 or so novels are occasionally hilarious first-person narrations by Walt Longmire, sheriff of the fictional Absaroka County in Wyoming (thinly overlaid on the Powder River valley, near which the author resides). Longmire’s best friend and sidekick is Henry Standing Bear, constantly referred to by the nickname the Cheyenne Nation. Longmire himself shows great respect for the traditions of the neighboring Crow and Northern Cheyenne reservations; in a streak of magical realism, or stress-induced hallucination, he has had some personal experience of their spiritual world. It’s not at all clear how the casino popped up in the A&E version, except for the powerful pull of the television stereotype.

To be fair, the cable program Longmire has done better than most in casting Native actors, and in giving them credit. Gary Farmer (Cayuga), the redoubtable Graham Green (Oneida) and Irene Bedard (Inupiat/Cree) play featured roles, and Bedard’s episode “Miss Cheyenne” introduces several younger Native actresses, with billing. This is progress, since even when extras in movies and TV are real Indians, it’s very hard to learn their names. (By contrast, the actress who played the head of the fictional Kalimish tribe in The Killing was Canadian-Italian.) Sadly, in spite of its virtues and healthy ratings, Longmire was cancelled by A&E in September, and the production company is looking for a new home.

These shows do generate work for Indians in the arts, and they offer the possibility of serious portrayals of very real social problems. The “Miss Cheyenne” episode of Longmire dealt with the traumatic topic of involuntary sterilization. But stereotypes, new or old, carry great dangers for their victims. In a recent appearance at the University of Oklahoma, U.S. Supreme Court Justice Sonia Sotomayor called on American Indians to debunk the false notion that casino wealth has solved all their problems. “I think that popular mythology has made most Americans, a lot of them, very hesitant in extending what is well deserved, and much needed, resources to tribal entities,” she said. “I don’t think that that perception doesn’t affect my court.”

Misperception, she said, “drives legislation and that drives the responses to your needs and that can drive some of the reaction to legal questions that affect tribes.”

Will TV ever get beyond the stereotypes? An answer may lie in the Sundance series The Red Road, set in the surprising Indian community of New Jersey’s Ramapo mountains, just 30 miles from Manhattan. Its first season gave the Indian criminal figure new depth, in the formidable portrayal of Jason Momoa. The show resonated deeply with many northeast Natives, and stories that follow explore this phenomenon.