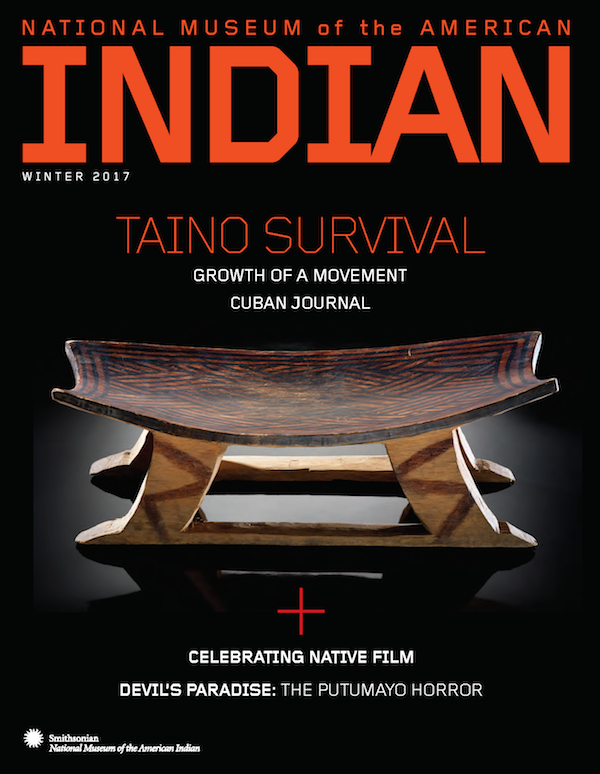 This bench from Rio Uaupes at the headwaters of the Amazon was collected in the early 1920s by Dr. Herbert S. Dickey (1876–1948), a full-time explorer and ethnologist funded by George Gustav Heye and the Museum of the American Indian (predecessor to the NMAI). Earlier in his medical career, Dickey reported on the corporate atrocities of the Putumayo rubber boom, putting his life in greater danger than he ever felt from unknown territories or tribes. See page 30 for his hair-raising story. Adverse corporate impact on the Indigenous peoples of Amazonia, and elsewhere, is still not a thing of the past. 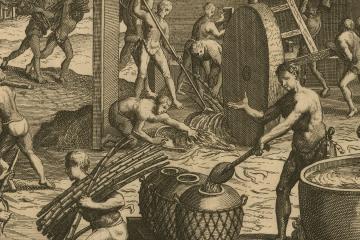 History
Taíno Survival: Back into History
Ranald Woodaman
No exhibition has actually addressed the topic of the survival of Native peoples in the Caribbean after 1492. The Native peoples of the region, represented by the durable elements of their material culture, are contained in museums within the pre-colonial moment. To frame an exhibit that emphasizes the survival and contemporary vitality of these indigenous peoples and their legacy is an… 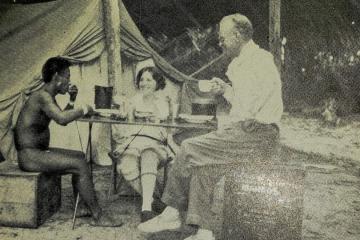 History
Herbert Dickey in the Devil’s Paradise
James Ring Adams
"I haven’t had an adventure and don’t expect to have,” Dr. Herbert Spencer Dickey wrote in 1929 about his full-time career exploring the unknown interior of South America. He criticized many of the much-publicized Amazon expeditions of the early 1900s as “sport,” not science. On his own travels on the eastern side of the Andes, he made contact with an unknown tribe, witnessed a Jivaro head-… 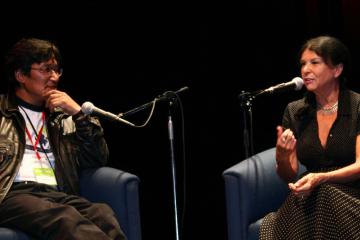 Art & Culture
Storytelling on Film: Convening an Industry
Cynthia Benitez
During the wave of 1970s activism that produced the occupations of Alcatraz, the Bureau of Indian Affairs and Wounded Knee, Indigenous people learned the power of media to convey their message to the world. The first Native film festivals emerged to present nascent Native moviemaking. From a start in San Francisco in 1975, these conclaves have burgeoned into major forums allowing Native peoples… 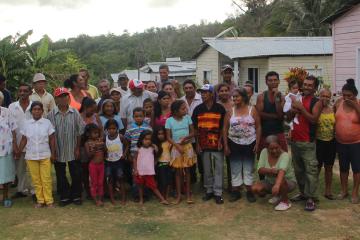 Art & Culture
Indigenous Cuba: Hidden in Plain Sight
José Barreiro
Cuba is picturesque everywhere, but most visitors trek to the more accessible western end of the island – Havana and the nearby white-sand beaches, the historic bay and its boardwalk (malecón). This is the tourist mecca of colonial architecture and burgeoning arts, old time cars in a modern metropolis. 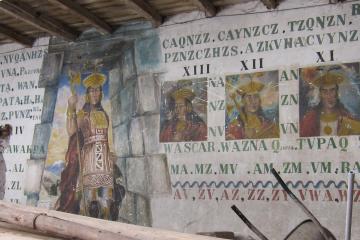 History
Inside NMAI: Down the Inka Road
Amy Van Allen
The exhibition is open. The book is published. Does that mean the work is complete? Sometimes. But in the case of large projects that encompass more than an exhibition gallery, the work often continues long past the opening date. For the Inka Road project, the exhibition The Great Inka Road: Engineering an Empire is but one component of a project at least a decade in its duration.
Previous Issue Fall 2017 / Vol. 18 No. 3
Next Issue Spring 2018 / Vol. 19 No. 1