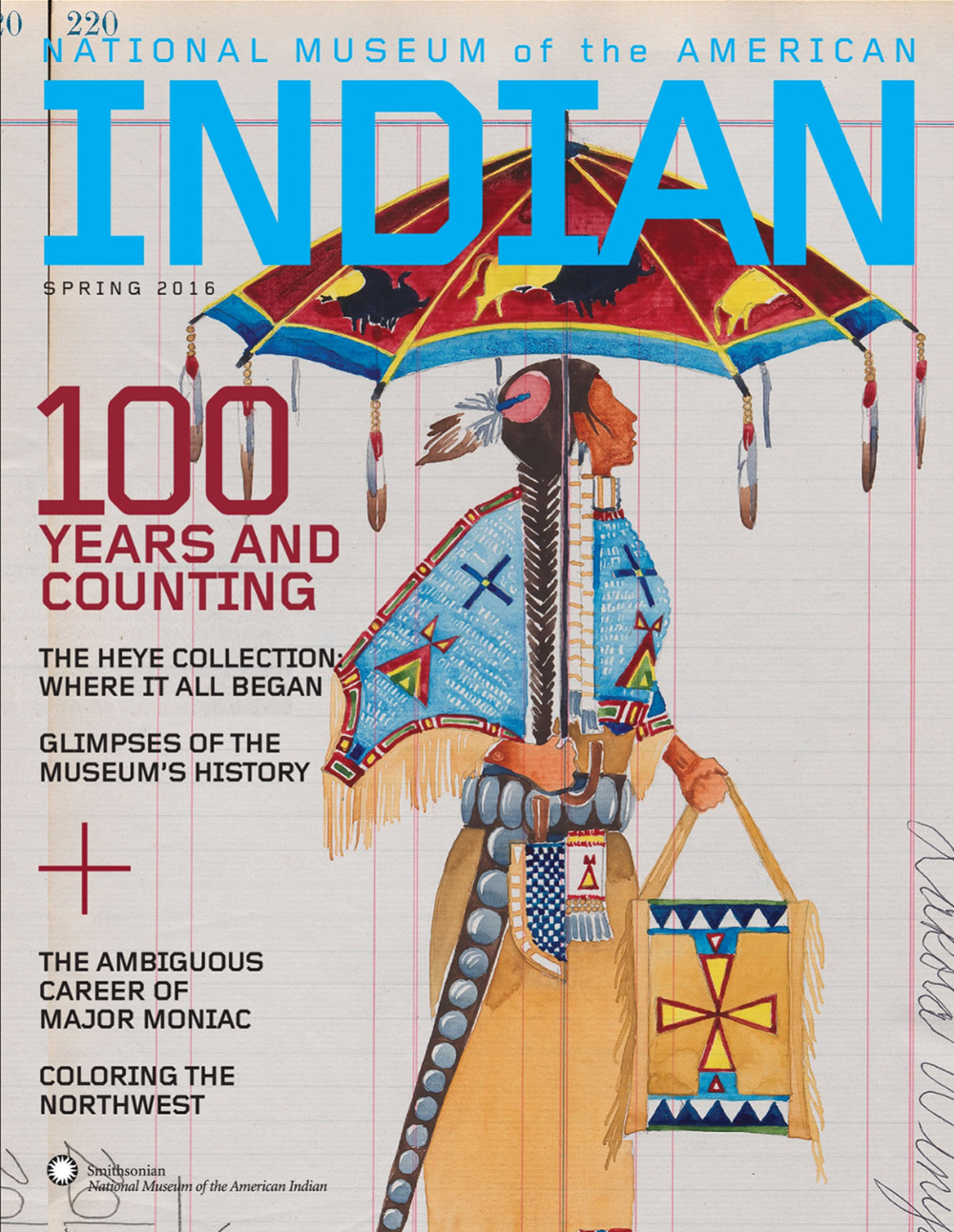 The modern revival of ledger art forms a link between the historic drawings of 19th-century warriors, in U.s. captivity or otherwise, who recorded events of their lives in used account books, and present-day Native artists recapturing the beauty and simplicity of their ancestor's work. The Museum holds notable examples of these past and present art-works, some specially commissioned for the collection, and will feature them in the exhibition Unbound: Narrative Art of the Plains, on view at New York’s George Gustav Heye Center from March 12 through December 4.

Lakota Winyan, 2012. Joel Pulliam (Oglala Lakota, b. 1968). Antique ledger paper, watercolor, graphite, ink. 26/8956 The finery on this woman indicates her prominence. In the 1800s parasols were a desired item acquired through trade. Native people often adapted them, adding their own designs as seen in this painting. 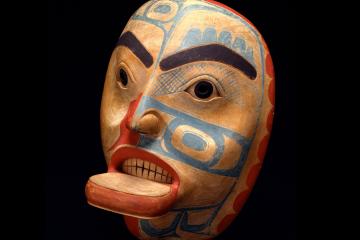 Art & Culture
Coloring the Native Northwest Coast
Melonie Ancheta
For centuries, tribes of the Northwest Coast have used only four colors for their sacred and material culture, but the chemical composition of their blues and greens have remained a mystery until very recently. The author, an indigenous artist herself, uncovered the secret while trying to learn traditional skills. 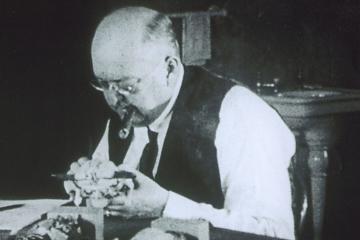 History
100 Years And Counting: Reflections About A Collection, A Collector And The Museum Of The American Indian (Before There Was An NMAI)
John Haworth
A century ago, the wealthy investor George Gustav Heye chartered a foundation and museum that, through ups and downs, eventually evolved into the National Museum of the American Indian. When federal legislation rescued his extremely valuable but troubled institution, it also introduced the Native viewpoint into museum practice. 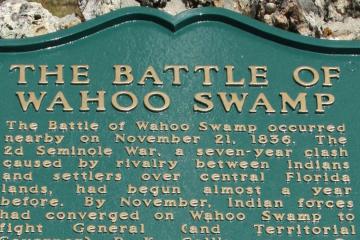 History
From West Point To Wahoo Swamp: The Career Of Cadet David Moniac, Class Of 1822
Heriberto Dixon, Laurence M. Hauptman
Major David Moniac (1802–1836), the first American Indian to graduate from West Point, died leading a U.S. Army unit during the Second Seminole War. His career illustrates the complexities of Native loyalties during the era of the Removal Act and tribal resistance.
Previous Issue Winter 2015 / Vol. 16 No. 4
Next Issue Summer 2016 / Vol. 17 No. 2