The Voice of our Native Veterans

As tens of thousands of visitors descend upon the Museum in late 2020 to witness the unveiling of a singular work of remembrance for all Native veterans – the National Native American Veterans Memorial – what may not be as visible are the three interrelated components that comprise the project itself. Community consultations begun in 2015 formed the basis of the memorial’s design goals. The travelling exhibition, Patriot Nations: Native Americans in our Nation’s Armed Forces, serves as the Museum’s educational outreach to inform new audiences about the legacy of Native patriotism. The third component, the oral history project, is now taking shape as a vital archive of Native veterans’ stories. It complements the memorial’s physical structure as the living expression and shared experience of Native military service. 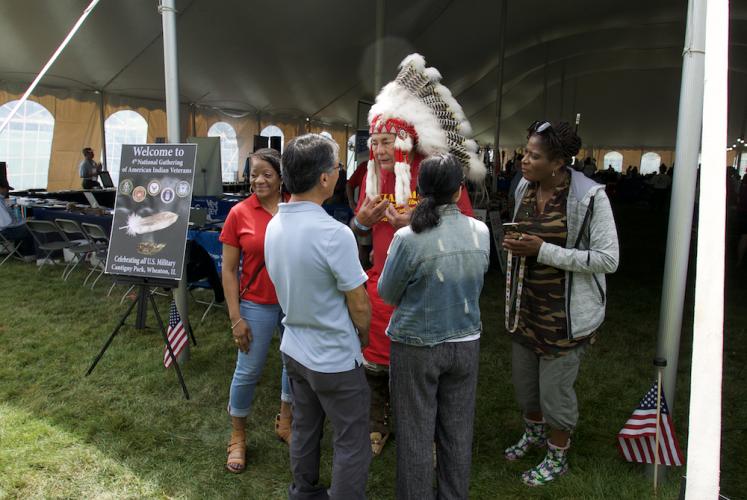 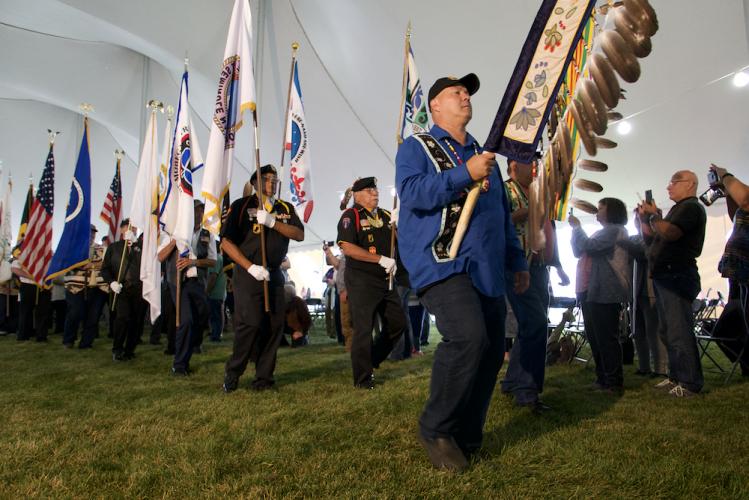 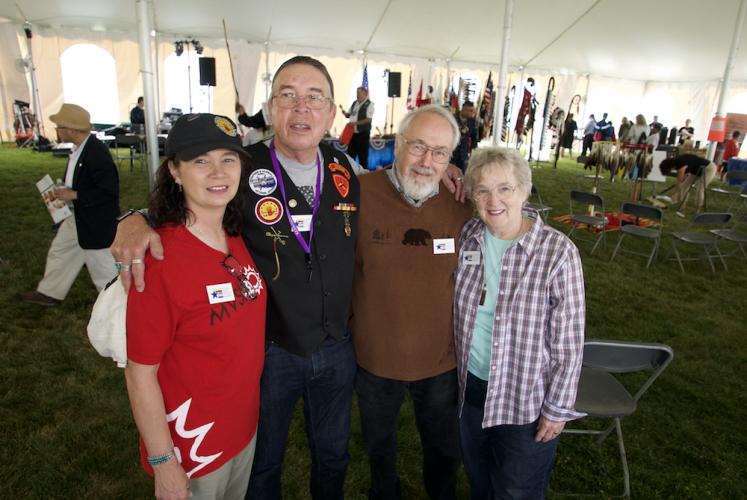 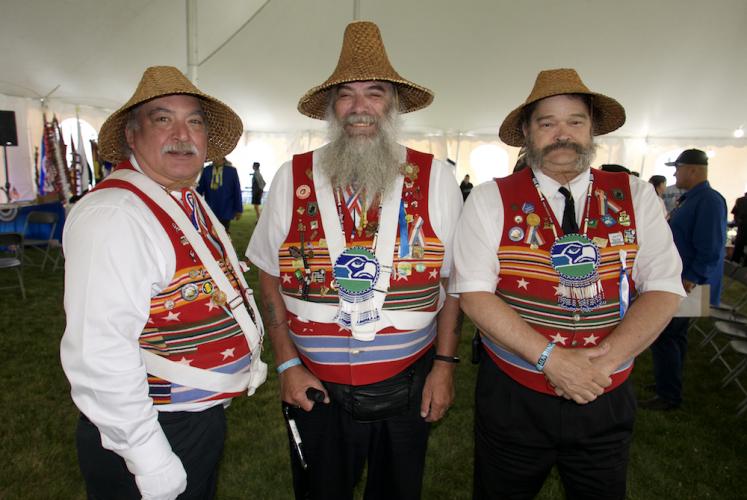 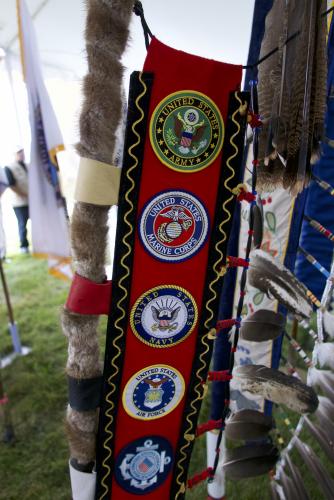 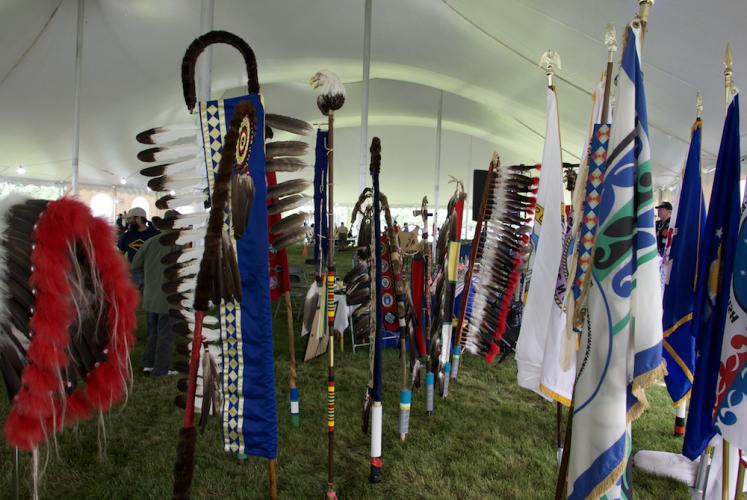 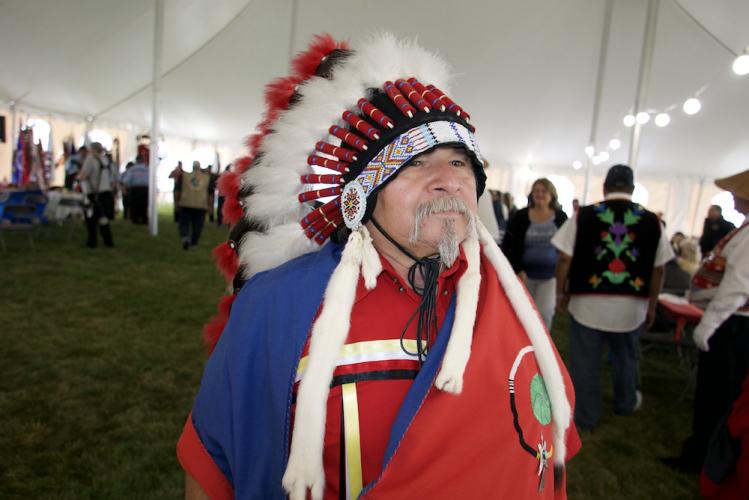 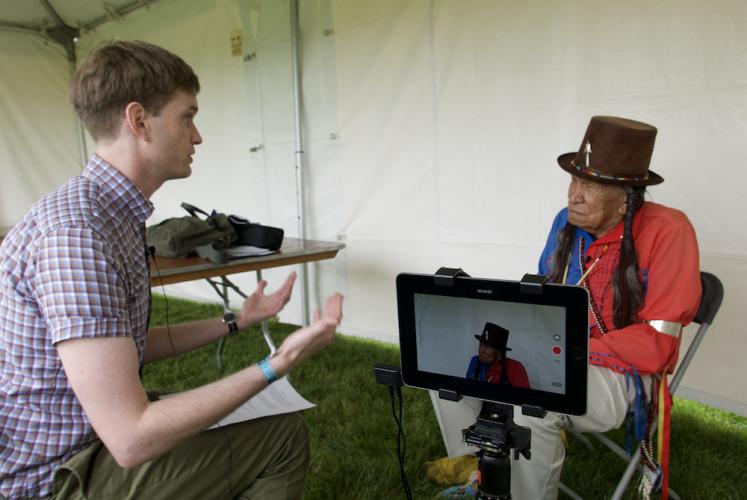 Preserving the stories of Native veterans is the result of a unique collaboration between NMAI and the Library of Congress’s Veterans History Project (VHP), graciously supported by Bank of America. The Veterans History Project collects, preserves and makes accessible the personal accounts of American war veterans so that future generations may hear directly from them and better understand the realities of war; the Congressional mandate was signed into law in 2000. In addition to audio- and video-recorded interviews, the VHP accepts memoirs and collections of original photographs, letters, diaries, maps and other historical documents from World War I through current conflicts.

Part outreach, part training and part education, this collaborative effort will bring together staff and volunteers from both institutions at eight sites across the United States throughout the next two years. Each site visit will be as diverse as the Native veterans themselves – some will be training workshops to enable Native communities to conduct their own oral histories with their veterans. Some will be one-on-one interviews with Native veterans and still others are envisioned as a combination of interviews and workshops.

Since the spring of 2017, the team has visited four tribal colleges in North and South Dakota, two Great Lakes area inter-tribal Veterans festivals near Chicago in Lisle, Ill., a Northeast Arizona Veterans summit on the White Mountain Apache reservation in Pinetop, Ariz., and the Alaskan Federation of Natives annual conference in Anchorage, Alaska. In addition to collaborating with the Library of Congress, NMAI is actively working with the Veterans Administration (VA) Office of Tribal Government Relations to join forces with local American Legion and Veterans of Foreign Wars posts. The gathering in Arizona, sponsored by the VA’s tribal relations office, drew a large audience of more than 200 White Mountain Apache, Diné, Hopi, Pueblo and Tohono O’odham veterans and their family members. This year, the team traveled to the Oklahoma State University Oral History Center to participate in a workshop training sponsored by the Veterans History Project to enhance their interviewing skills and conducted more interviews this summer with community members of the Federated Tribes of Grande Ronde and the Confederated Tribes of Warm Springs in Oregon.

Although many will view the dedication of the National Native American Veterans Memorial in 2020 as a culmination point, the effort to collect and preserve the history of Native veterans’ service has no end date. The stories of Native veterans will live forever in the archives of the Library of Congress and represent the living voice of the memorial. To learn more, visit the NMAI’s website dedicated to the memorial project at AmericanIndian.si.edu/nnavm. For more information on the Library of Congress Veterans History Project, visit www.loc.gov/vets.

Martin Earring (Mnicoujou/Oglala Lakota) is a special assistant in the director’s office of the National Museum of the American Indian. The Museum’s Veterans History Project team members Betsy Gordon, Kelly McHugh and Zandra Wilson (Diné) also contributed to this article.