The Power of Protest Songs

A great three-minute protest song can be more effective than a 400-page textbook: immediate and replicable, portable and efficient, wrapped in music, easy to understand by ordinary people. It’s distributed word-of-mouth by artists, as opposed to news stories marketed by the fellas who may own the town, the company store and the mine. 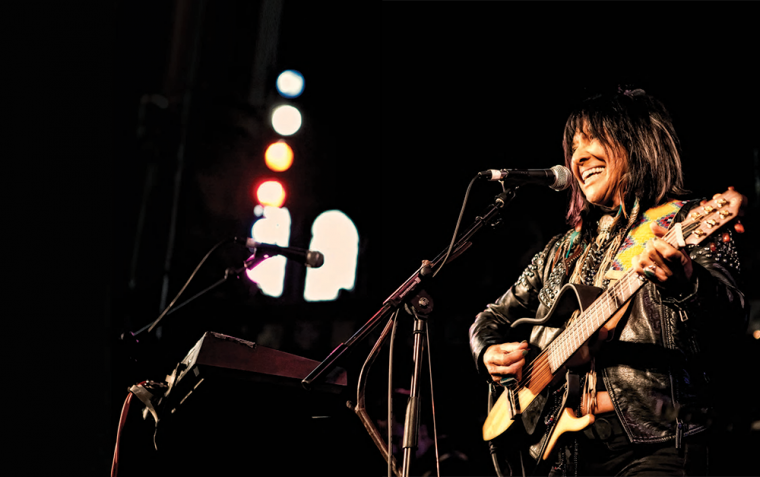 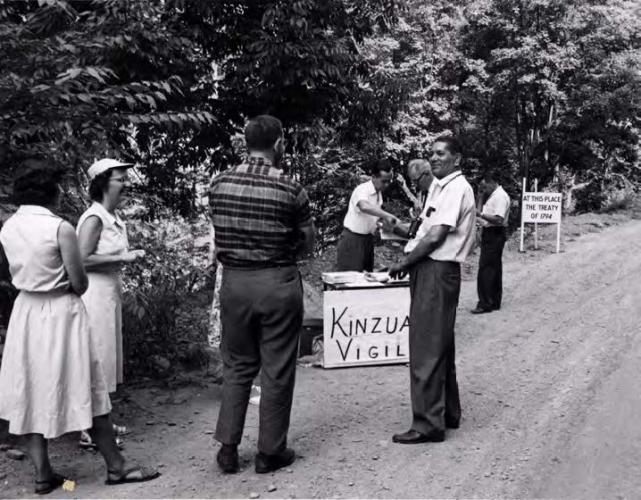 January 2013 Idle No More demonstration at the Canadian Parliament in Ottawa. Photos by Santee Smith

January 2013 Idle No More demonstration at the Canadian Parliament in Ottawa. Photos by Santee Smith

Many protest songs are about rank-ism of some kind, and made by people trying to create change, during times when the status quo wants things to stay the same. From the Robin Hood ballads of the 1400s to contemporary hip hop, there’s an expressed plea for fairness. For example, a classic theme is relevant to songwriters throughout the centuries: the rich and powerful want to stay that way, even if others are exploited.

A song can be an effective tool for common people in non-violent struggle. But information tentacles reach both in and out of a protest song, and, yes, although it can change things, it can also get you into trouble, same as any other act of non-violent self-expression. My 1963 song “Universal Soldier” impacted thousands of soldiers, students and families during the Vietnam war. It made a difference to the lives of people who are still thanking me 50 years later. On the other hand, along with “Now That the Buffalo’s Gone” and other Native American issue songs, it got me blacklisted by two political administrations and effectively silenced my voice in the United States, just when Native peoples most needed to be heard.

I wrote “Now That the Buffalo’s Gone” about a specific incident: the building of the Kinzua Dam, which pushed the Senecas off their land in the 1960s, breaking one of the oldest treaties in America’s history, authorized by George Washington. Although the song is emotional, the story it tells is factually bulletproof, although under-reported. It surprised audiences, most of whom had never thought about Indians much. I believed people would help if only they knew about the greed, the unfairness, the way Native Americans were and sometimes are treated. And a lot of people did help, both Indian and non-Indian.

For me, the power of a protest song is not about getting a hit or making a buck. It has to do with how useful it is to making the world better, to crystallizing raw emotions into thought because of a well-turned phrase, reaching people and ripening those inner inspirations they’re just starting to understand. If a song is useful to a movement impacting the lives of people in need, I’m happy. The current, globally viral Idle No More action, which originated with four women in Canada deals with reservation poverty, the environment and exploitive legislation. They are using my song “No No Keshagesh,” and it’s pretty humbling to be part of that grassroots effort. A song can be a lens through which people can focus and see unfamiliar issues better.

Both the style and the emotional content of protest songs vary. Consider the musical diversity of this list: “We Shall Overcome” by Pete Seeger; “Fortunate Son” by John Fogarty; “Say It Loud, I’m Black and I’m Proud” by James Brown; “Imagine” by John Lennon; “I Ain’t Marching Any More” by Phil Ochs; “Big Yellow Taxi” by Joni Mitchell; “Masters of War” by Bob Dylan; “Waving Flag” by K’Naan.

For me, a good protest song is like good journalism: brief, well-focused and catchy for the short attention spans of ordinary people. Quick and engaging, like Sesame Street. For a protest song to be effective you need to make your point clearly in about three minutes, and do it in a way that truly engages people who might not know they’d want to hear it.

My song “Bury My Heart at Wounded Knee” is shocking to people who hear the list of facts around which the song is built. Therefore I deliberately wrapped the words in a hard-rock track, so that the listener is already caught up in the music before ever hearing the tragic story it tells about Anna Mae Aquash, Leonard Peltier and uranium exploitation on Indian lands. All I did was connect the dots...in music. Although the information is factual, most audiences have had no previous exposure to the facts of grassroots Native America. Sometimes the system misses the boat, in spite of education and journalism, and a song can help.

Other Native American songwriters beside myself have written protest songs. Peter LaFarge (Narragansett) wrote “The Ballad of Ira Hayes,” “Custer,” “As Long as the Grass Shall Grow” and more, several recorded by Johnny Cash; and my friend Floyd Westerman (Lakota) wrote one that I sing at almost every concert, “Relocation Blues,” which deals with the residential boarding schools. He also wrote “B.I.A.,” “Custer Died for Your Sins,” and more. Shannon Two Feathers, Curtis Jonnie a.k.a. Shingoose, and Art Napoleon are a few of the Aboriginal Canadian songwriters who have written protest songs.

Some “Indian” protest songs are more authentic than others, and, like Wikipedia, they may or may not reflect accuracy. Some are full of well-intentioned second-hand emotion but lack any Native experience, and factually just don’t hit the mark. On the other hand, I’ve always been impressed that Bob Dylan, although not Native, wrote “The Walls of Redwing,” a scathing indictment of the Minnesota reform school in the heart of Indian country, and “With God on Our Side,” both songs tangentially but pointedly related to Indian issues.

When I was recording my own latest CD, Running for the Drum, I included a version of the famous “America the Beautiful,” for which I wrote new sections. That beautiful melody has carried a lot of diverse messages in anonymously written verses, some of them rather racist. Besides my own new sections, which added Native information little known to most people, I selected the anonymous verses that I thought expressed the kindest, most enriching Native American-like values: America not as nation-state, but America as Mother. One of the loveliest anonymous verses says “America, America, God shed His grace on thee; til selfish gain no longer stain the banner of the free.” Very strategic, very positive. And check out Ray Charles’ gorgeous version of “America the Beautiful,” noted in Wynne Alexander’s book Get It from the Drums: A History of Protest and Protest Songs of the 1960s and 70s.

Protest songs can mirror the violence and pain of real life; or they can soft-pedal it and still be effective. Pete Seeger’s “Where Have All the Flowers Gone” and Bob Dylan’s “Blowing in the Wind” are examples of treading easy in the system. And each has its message, but they are subtle. Contrast that approach with Dylan’s “Masters of War,” or my own “My Country Tis of Thy People You’re Dying,” which I wrote as a six-minute “Indian 101” for people who knew nothing about the historical and contemporary genocide of everything Native American. This more cutting approach does shake people up, but it also delivers rare factual information.

Loud or soft, abrasive or seductive, protest songs have confronted rank-ism of every kind for a very long time, and been effective tools for ripening social change. I say long live the courageous, strategic, informative art of the great protest song.

Buffy Sainte-Marie (Cree) is the Academy Award-winning songwriter, singer, composer, activist and star of Sesame Street. Her 18th and latest album Running for the Drum is available from her website creative-native.com. She will present the program The Art of the Protest Song on Thursday, March 14 at the George Gustav Heye Center of the National Museum of the American Indian in lower Manhattan, where she is also featured in the exhibit Up Where We Belong on the Native presence in American popular music.