Playing "Cropetition", the Game of Survival

In a darkened room in Laurel, Md., in the summer of 2017, a group of middle schoolers crowded around an interactive touch-table. Each of them was trying to tend a simulated agricultural field so that it would produce enough to keep their simulated family fed through the year. As food ran perilously low, they bargained, shared and swapped seeds to meet their families’ nutritional needs. When spring came, they had to carefully plan their crops to get the best results. It was not a quiet or sober activity. 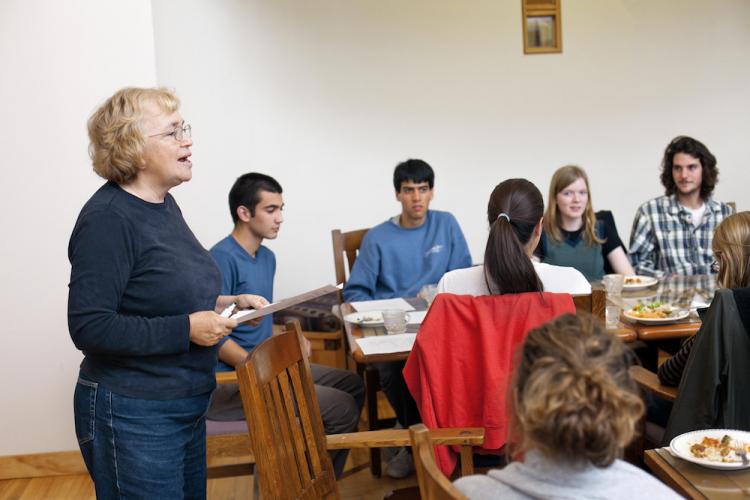 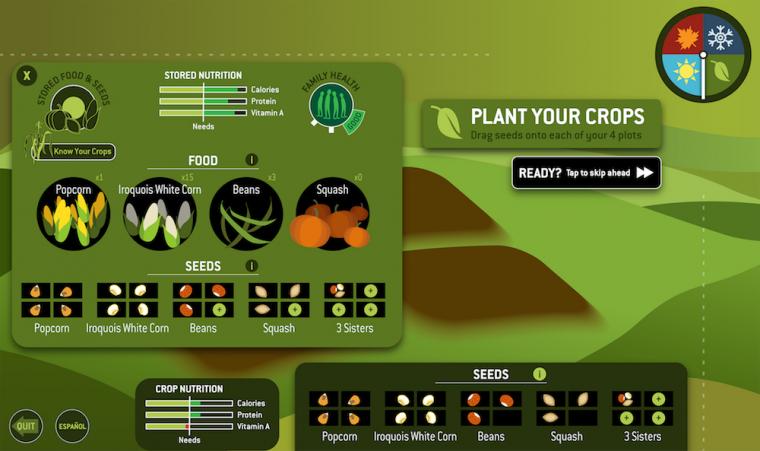 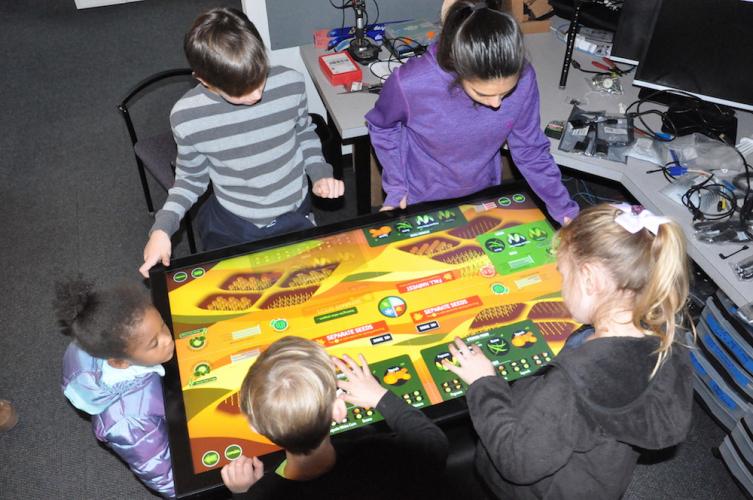 “What food has Vitamin A?”

“What did you plant?”

It sounded like they were playing a video game, but they were doing something serious: testing the latest interactive for the new imagiNations Activity Center scheduled to open this May at the National Museum of the American Indian in New York. The game, called Cropetition, was designed by the Museum in collaboration with a Cornell University agronomist, Dr. Jane Mt. Pleasant (Tuscarora).

The imagiNations Activity Center in New York is focused on science, technology, engineering and math (STEM) as practiced by Native people, past and present. One of the areas where Native cultures of the Americas excelled was agriculture and plant science: developing useful new species, experimenting to find the optimal ways to plant and raise them. They discovered how to use such varied plant resources as the sap of rubber trees, the bolls of cotton, the fiber of hemp and the roots of potatoes. But one of their most significant achievements was the creation of corn (maize). Through centuries of selective breeding, they transformed an unremarkable grass called teosinte into one of the most productive grain crops in the world.

Native farmers of North America did not grow corn as modern commercial farmers do, in giant monoculture fields. They planted it in combination with beans and squash, calling the three staple foods the Three Sisters. This practice seemed like a perfect topic to feature as an important Native innovation in the activity center. But how to bring it to life for middle schoolers?

The Museum exhibit team contacted Mt. Pleasant for advice. She has followed in the footsteps of generations of Tuscarora women by carefully studying the corn plant – though she does it in a science lab. Several years ago, Mt. Pleasant performed an experiment to determine how traditional polyculture fields of corn, beans and squash compared with monoculture fields of the same crops. She planted experimental fields and carefully controlled variables so that the results would be comparable. When harvest came, she found that the monoculture fields yielded more than the polyculture ones. The puzzling thing was, why did Native women continue to plant polyculture fields, when they must have known that their yields would suffer?

When the Activity Center team came to her, they asked a slightly different question: what combination of crops would be best to keep a family alive over the course of several years? Mt. Pleasant ran the numbers to figure out the nutritional values of the fields rather than the yields, and found something new: the Three Sisters beat all the others, despite reduced yields. “I am a bit surprised by this result,” she wrote in her letter supplying the figures to the Museum. In fact, she was so surprised she wrote it up in a scientific paper to let other researchers know the results.

Two years later, the students playing Cropetition were discovering the same thing. Behind the scenes, the computer that controlled the game was running constant calculations of the nutritional values of their fields and showing the results on graphs. The formulas were based on Mt. Pleasant’s research. The students were essentially running new experiments that constantly reaffirmed the same conclusion – their best choice was to plant Three Sisters.

There was another experiment going on as well – this one a social experiment. Most video games count on competition to keep players interested. They encourage cutthroat behavior in the interest of winning. But when it came to food, Native communities of North America did not behave in a competitive way. They were far more likely to share resources. So the Cropetition game incorporated an opportunity for players to share food with neighbors. The Museum team wanted to find out whether middle schoolers would act in a self-interested way – by hoarding food or asking a high barter value for it – or whether they would act cooperatively.

Halfway through a game, one player shouted out a discovery: “Hey, helping each other will keep us alive!”

Chalk up another win for the discoveries of Native people, past and present.

Carolyn Gilman, a senior exhibition writer and developer, recently retired from the National Museum of the American Indian.