When we first learned about Lewis deSoto’s plans for an experimental sound installation at the Culver Center for the Arts, we were intrigued. It was January 2011, and I had gathered together panelists to review applications for the last year of our Indigenous and Contemporary Arts Program, which had supported exhibitions and critical writing in contemporary Native art since 2008 with funding from the Ford Foundation. Included in the application was deSoto’s proposal not only for an experimental sound installation, but plans for a live Performing Tahquitz performance reflecting the collaborative work of deSoto, Erin Neff and a group of traditional Cahuilla Bird Singers. 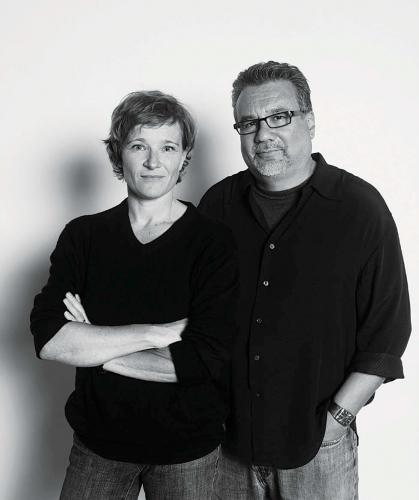 Combining operatic vocalization with traditional Cahuilla singing was definitely an innovative approach to telling the story of Tahquitz. When asked about the genesis of this idea, deSoto stated, “I am a big believer in the fact that culture is always hybridizing and building on existing forms, combining others. The idea that a western form of singing could harmonize with an ancient indigenous song is very interesting to me. We often think of these cultures being at odds, but in fact there are many ways in which these cultures have created new ones.”

The development of the performance was complex, involving many layers of research and the collaborative effort of numerous individuals. Neff, deSoto’s partner in the creation of the performative work, spent months immersing herself in Cahuilla stories, language and cultural practice, relying heavily on the work of Katherine Siva Saubel, a noted Cahuilla tribal historian and educator. She also collaborated with bird singers Mike Morales and Aaron Siva early in the project.

Eventually Neff began her composition,using a musical sample collected by Swiss linguist Hansjakob Seiler, who, not surprisingly, worked with Saubel in the 1940s. Eric Elliot, another linguist who was also a previous co-author and collaborator with Saubel, provided support with translation. The last part of the process was Neff ’s work with a group of Bird Singers brought together to collaborate on the performance by Gerald Clarke, Jr. a visual artist himself and traditional vocalist. Clarke and his group included Robert Liera, William Madrigal, Andrew Madrigal and Jesus Cardenas.

Though their rehearsal time was limited, the work came together beautifully both vocally and visually. Neff was surprised at how much the installation space “created a sacred space, like an intimate theater.”

John Haworth, who directs the Museum’s George Gustav Heye Center in New York, and I had the privilege of attending the performance of Tahquitz in February of this year, and witnessing the coalescence of this multifaceted work. As Haworth observed, “Lewis deSoto’s enormous site installation at the Culver Center for the Arts incorporated his command of a complex and diverse cultural history with tremendous artistic imagination. His installations have tremendous depth and richness, due to his remarkable ability to incorporate both technical production knowhow with the kind of imagination and wit that challenges and informs us as viewers.”

The voice of Neff embodying the plaintive cries of the maiden, trapped in the rock but able to hear the ceremonial songs of her people, resonated beautifully throughout the gallery. You didn’t need to understand Cahuilla to be deeply moved by the performance. It was an experience we won’t soon forget.

To see documentation of the performance and audio elements of the installation, go to: http://lewisdesoto.net/Installations/Tahquitz_Culver.html

Kathleen Ash-Milby (Navajo) is an associate curator at the National Museum of the American Indian – New York.