A tour d’horizon of contemporary fashion by indigenous designers will open in February at the National Museum of the American Indian, George Gustav Heye Center in New York. 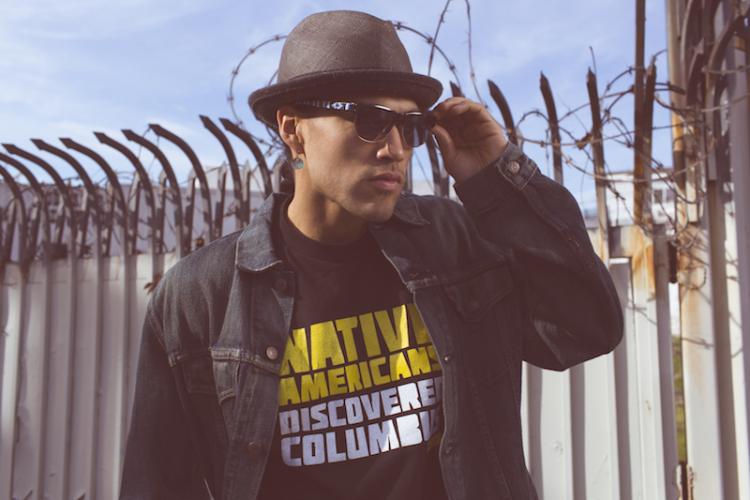 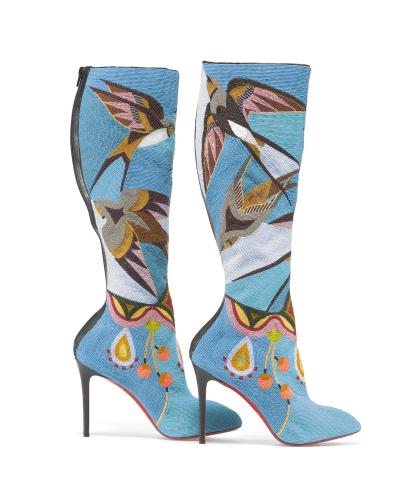 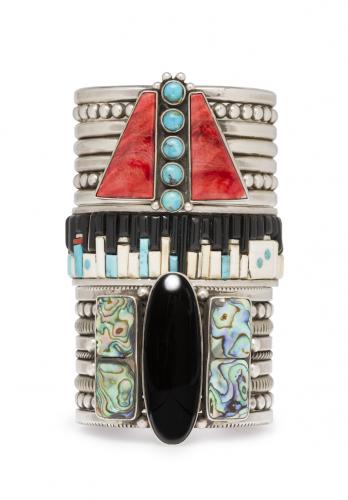 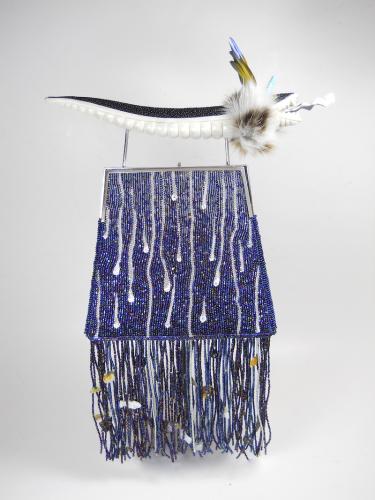 The exhibition, Native Fashion Now, organized by the Peabody Essex Museum of Salem, Mass., will feature the work of more than 60  artists from the United States and Canada. Running from February 17 to Sept. 4, 2017, it is the last stop on a tour that began at the Pea-body Essex Museum in November 2015 and then travelled to the Portland Art Museum in Portland, Ore., and the Philbrook Museum of Art in Tulsa, Okla.

It is not divided into cultural areas, but into thematic categories: Pathbreakers, Revisitors, Activators and Provocateurs. According to curator Karen Kramer of the Peabody Essex Museum, “Pathbreakers blaze trails in innovative and unexpected ways in Native fashion.” Revisitors invigorate, revitalize and augment aspects of tradition. Activators explore streetwear with topics involving current political advocacy and awareness. Provocateurs push the boundaries of standard fashion with visionary works.

Kramer, who is curator of Native American and Oceanic Art and Culture at the Pea-body Essex Museum, says, “I wanted to create a dynamic and unforgettable experience for audiences, one that could alter popularly held misconceptions about Native American fashion, what it is and what it can be. Through striking ensembles and accessories created by established and emerging designers, the exhibition celebrates the visual range, creative expression and political urgency of Native American fashion today.”

Jared Yazzie (Diné), whose work is featured in the Activators section, says, “I think having streetwear and ready-to-wear fashion highlighted is really amazing since there are not a lot of streetwear Native brands doing their thing. Showing art through T-shirts really opens up dialogue.” He began his clothing line OXDX in 2009. The exhibition features his provocative Native Americans Discovered Columbus T-shirt.

The intricately beaded Christian Louboutin boots of Jamie Okuma (Luiseno/Shoshone-Bannock) appear in the Revisitors area. She describes them as “somewhat of a self-portrait and with imagery that has a lot of meaning for me.” She grew up on the La Jolla Indian Reservation in California where swallows would build their nests in the slides of the water park. The fledglings would often fall out, and Okuma and her parents would bring them home to raise. “They were around all time,” she says. “It was a design that I always loved.”

Pathbreakers include the works of Patricia Michaels (Taos Pueblo) and Orlando Dugi (Diné). Michaels says of the exhibition, “This show is about powers in numbers. There’s never been a course in Native American fashion. This show is beginning to have the conversation that is needed. Native Americans still need to have a continued conversation for what is still yet to come.” Her work on the cable-TV competition program Project Runway was represented in her Cityscape dress, painted on leather to reflect the windows of Manhattan in water. Dugi’s dress from his Desert Heat Collection was inspired by the sunsets in New Mexico when widespread fires flared in the mountains. Dugi says, “It was devastating to the forests, but they produced some of the most spectacular sunsets from all the smoke in the air.”

According to Jennifer Miller, NMAI project manager for the show in New York, “The Native Fashion Now exhibition is a natural fit for NMAI in New York. It provides a unique opportunity to showcase the work of these amazing artists in one of the world’s fashion capitals.”

A curatorial conversation in New York with Karen Kramer is scheduled for February 16 before the exhibition opening. A related symposium on cultural appropriation will be held on April 22.

More information can be found at nmai.si.edu and in the Native Fashion Now: North American Indian Style catalogue by Karen Kramer with contributions from Jay Calderín, Madeleine M. Kropa and Jessica R. Metcalfe. (Published by Peabody Essex Museum and DelMonico Books, Prestel in 2015.)