Dogbane was once much more plentiful throughout the United States. Growing up to 6 feet high, its white flowers can still be spotted along the edges of woods or dotting creek beds. But today, this plant that was once so integral to the lives of the Nimíipuu people is nowhere to be seen on their lands in Idaho. 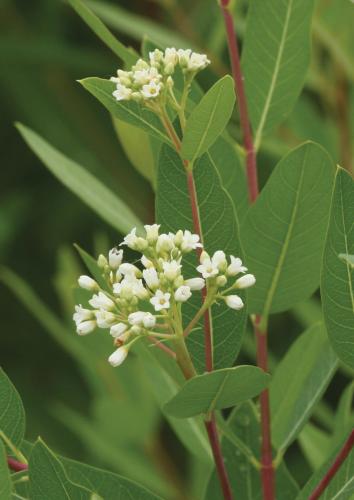 The fibers found in stalks of “qēemu,” or dogbane, were an essential material for the Nimíipuu people.

The fibers found in stalks of “qēemu,” or dogbane, were an essential material for the Nimíipuu people. 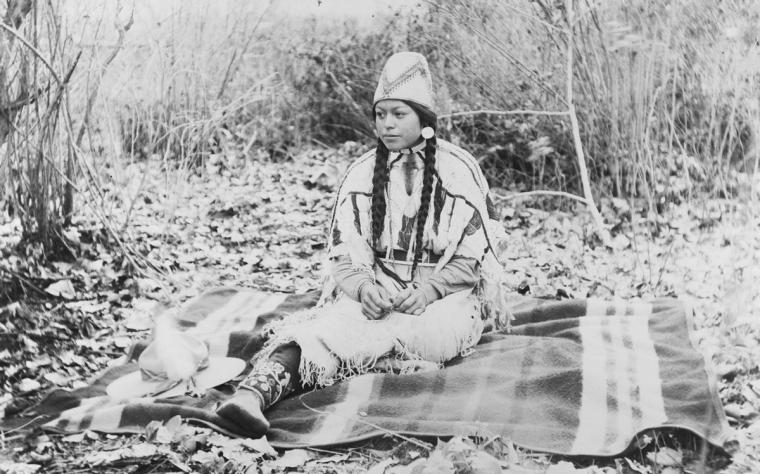 In this photograph of Cayuse tribal member Agnes Davis (also known as Ku-massag) taken about 1900, she is wearing a hat woven from the twine of qēemu. This type of hat is traditionally presented to Nez Perce women who have reached a high stature within the tribe.

In this photograph of Cayuse tribal member Agnes Davis (also known as Ku-massag) taken about 1900, she is wearing a hat woven from the twine of qēemu. This type of hat is traditionally presented to Nez Perce women who have reached a high stature within the tribe.

Known by a variety of common names, including Indian hemp, American hemp, snake’s milk and hemp dogbane, Apocynum cannabinum is a plant that does not have any psychoactive effects and is toxic to both people and domestic animals, including livestock. When Europeans began to settle in the West during the 1800s, farmers tried to eradicate it, often with state assistance. Stella Sammaripa wants to bring it back.

Sammaripa is one of the more than 3,500 Nimíipuu people who are members of the Nez Perce Nation in north-central Idaho. Their ancestral homelands also stretched into what is now Washington, Oregon and Montana.

Sammaripa, who serves as a language technician for the Nez Perce Language Program, traces her interest in dogbane to her hometown, Kamiah, on the Nez Perce Reservation. “Kamiah actually comes from the word ‘qēemu,’ the Nimíipuu name for Indian dogbane,” she said. “It was a gathering site.”

Splitting the stalk of qēemu reveals its strong hemp fibers, which can be rolled together to make twine or rope and woven into mats, baskets or cornhusk bags or used to tie together supports for teepees, lodges and sweat houses. One significant object created with the plant’s fibers was a fezlike hat that was presented to women who had obtained a high rank of knowledge. Nez Perce Cultural Resources Specialist Josiah Pinkham said qēemu was integral to the Nimíipuu people’s lives. He said, “It is an ancient relationship.”

However, growing up, Sammaripa never saw the plant. While she was attending college, she thought of a way to restore it to Nimíipuu lands.

While working and raising four children, Sammaripa took courses for 11 years to obtain her Bachelor of Science in Native Environmental Science (BSNES) from the Northwest Indian College’s campus in Bellingham, Washington. She graduated in 2021.

Key to reaching Sammaripa’s goal to replenishing qēemu was taking a course in geographic information systems (GIS) taught by Sylvie Arques at the college’s Native and Environmental Science Program. Using GIS mapping program, Sammaripa combined data about potential qēemu gathering sites that she collected from historical maps, soil surveys, satellite imagery showing vegetation cover as well as other sources to create a computer model that could identify the most suitable locations to restore the plant. “Stella’s work is the best example of what I do,” Arques said.

Arques was so impressed with Sammaripa’s project that she recommended her student for participation in NASA’s Minority University Research and Education Project, which creates opportunities for American Indians and Alaska Natives to enter science, technology, engineering and mathematics (STEM) fields. Sherry Palacios, a GIS expert who was at that time also a NASA researcher, helped Sammaripa create her model. “My role has been mostly to guide students on their own project management [and provide] some help on GIS methods, communication of their findings and preparing for their presentations,” Palacios explained. The projects align “traditional ways of knowing with Western approaches to Earth science research, to gain an understanding of how tribes can prepare for the future,” she said. “This gets at the heart of NASA’s goal to understand the Earth system and to prepare for changes.”

To complete her NASA internship, Sammaripa presented a poster about her model at the fall meeting of the American Geophysical Union, which was held in New Orleans in December 2021. With financial support from Northwest Indian College’s Salish Sea Research Center, Sammaripa was able to travel to the meeting and discuss her dogbane restoration project with scientists there. “It’s a real honor,” she said.

Arques said Sammaripa’s project reflects the success of her college’s Native Environmental Science program. “Indigenous communities have been studied by Western outsiders for so long that it is really powerful to witness the work of our students for their communities,” she said. “They are the leaders of tomorrow, and they excel in navigating the waters between traditional ecological knowledge and Western science.”

Sammaripa would like to apply her model to restoring or increasing populations of other species on her tribe’s lands, including tule, a type of bulrush found in Idaho’s wetlands. The Nimíipuu and other Native peoples used this plant to weave into mats, clothing and structures such as lodges. She said, “Our ancestral knowledge is not lost. It’s not dead. It’s only asleep.”

Harvey Leifert is a freelance science writer based in Bethesda, Maryland, and former public information manager of the American Geophysical Union.