Being Native: Showing the Consequences of Non-Natives Defining Who is An American Indian

I grew up in western Montana on the Flathead Indian Reservation surrounded by a very large family. In my Salish and Kootenai community, people don’t have just one mom or four grandparents, and our aunties are not just our parents’ siblings. I have dozens of aunties, uncles, grandmas and grandpas. I have friends who are cousins and cousins who are sisters. I also have a sister who is my mom’s friend’s daughter, and her mom is my mom, too. My community raises children together. 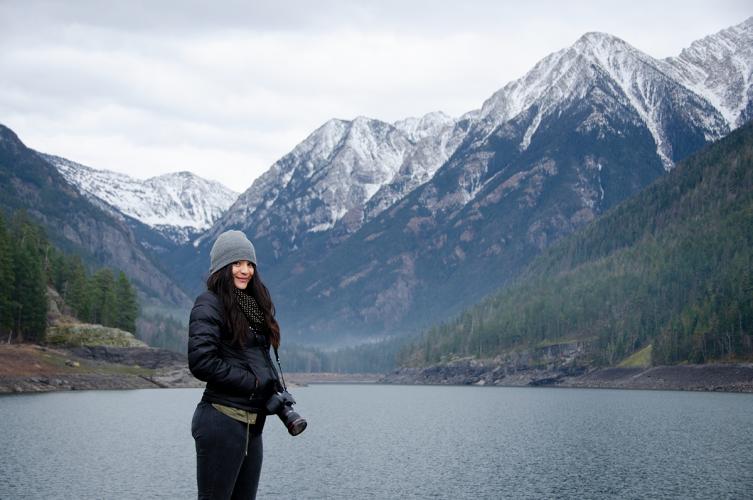 The beauty of being raised by an extended family is what makes home special to me and, as I later discovered, is inherently Indigenous. The way I was raised shaped who I am and the work I do as a photojournalist, as the home I know is in stark contrast to how it is often represented in mainstream media.

In 2011, when I left the reservation at the age of 18 to attend Washington State University in Pullman, I discovered what it truly felt like to be a minority in a country that forgets Native Americans exist. I realized my peers only thought about Indigenous peoples in the past tense, as stereotypes or not at all. They were painfully ignorant, and their constant questions and comments about Native Americans made me feel isolated. I was the only Indigenous person some of my peers had ever met, and they were disappointed: I wasn’t brown enough, I spoke “too white” and I didn’t live in a tepee. I was constantly defending myself and my family. I felt othered and longed to be in a place where I didn’t have to think about my identity or explain my life to anyone. After one semester there, I returned home.

Two years later, when I attended the University of Montana, I faced the same dilemma of being surrounded by almost entirely white classmates. But I soon discovered the power of photos to help me speak. I took a media history class that showed “Falling Man,” an image of a man plummeting off one of the towers of the World Trade Center on 9/11. The emotional punch the image packed more than a decade after it was photographed showed me the potential power of photography. I took journalism and photography classes so that I could illustrate my own news stories and graduated with a bachelor’s degree in journalism in 2018. I then worked as a photojournalist for several newspapers around the United States before becoming an independent photographer in 2019.

I did not realize, however, that the constant questioning I faced in college would follow me for the rest of my life. It’s the part of being Native for which no one prepares you—being the only Native American on a dorm floor, in a class or in a newsroom and forced into the position of choosing whether to dispel ignorance or sit in silence.

Even so, I don’t look for a “Native angle” to the stories I tell with my camera because my life is the Native angle. The stories I tell today are the stories that surround me, those that affect me and my family. I want to be one of the people telling these stories because I care about the way my community is represented and I want to do its stories justice.

This is what inspired me to portray the struggles that my own family and community have had because of “blood quantum,” a policy that dictates how much “Native blood” one must have to qualify as Indian. I grew up knowing that if I followed these regulations, they would dictate with whom I could have children. For the National Museum of the American Indian “Developing Stories: Photographers in the Field” exhibition entitled “Reservation Mathematics: Navigating Love in Native America” (AmericanIndian.si.edu/developingstories), I approached my younger brother, Michael Irvine, because his partner, Leah Nelson, and my cousin who was raised as my sister, Tiana Antoine, were both expecting a child in the fall of 2019. These families’ lives illustrate the effects “blood quantum” can have on relationships and the politics associated with something as personal as creating a family.

My brother’s relationship with Nelson, a woman from a different tribe, demonstrates what members of a tribe have to lose if he or she falls in love with a nonmember. For example, the “blood quantum” regulations do not allow a person to enroll in more than one tribe, so the couple was forced to choose in which tribe to enroll their baby. Conversely, Antoine and her partner, Nathan Drennan, show what life can be like for two members of the same tribe who follow the regulations.

As my camera is always on around my family, documenting holidays, ceremonies and other events, my siblings were already desensitized to my photographing them when I started the project. I, on the other hand, was full of anxieties. Everyone I photographed for this exhibition is from my community. The pressure to insert myself into their relationships and do their stories justice was intimidating, but the end result was worth it. I’m proud to present my family and friends in this exhibition. The diverse group of Native Americans in this project articulate the complexities of this issue well, and I am grateful to be trusted to tell their stories.

When I returned home from my first semester at college, I thought I failed. Reflecting on that time now, I see that going home made me realize that I had to find my voice. I hope the stories I photograph offer non-Natives a window into authentic Native America. I want them to connect with us and see us as contemporary so we as Native people can be brought into America’s 2020 consciousness. I’d like my work to be a tool to educate and help dismantle stereotypes that have plagued Indigenous peoples since photographer and ethnographer Edward S. Curtis labeled us the “vanishing race.”

We haven’t vanished. Indeed, many talented Native photographers are doing outstanding work to show this. Following in their footsteps, I push hard to get access to spaces that are not built for Indigenous peoples because every time I occupy those spaces, I leave the door open for other Native Americans to enter. The more space our work occupies, the less space will be available for ignorance.

Tailyr Irvine is a Salish and Kootenai independent photojournalist from the Flathead Indian Reservation in Montana. She currently works from Missoula, Montana, and Florida.