Access to the Past: A New Tribal-Friendly Approach Explains Old Archives

Meaningless, right? But that was how a signature line in a 19th century Eastern Pequot petition against the sale of reservation land had been transcribed. Due in part to the illegibility that comes with a photocopy of a photocopy of a photocopy, this nonsensical phrase had slipped through the cracks and made its way into the hundreds of linear feet of evidence presented to the Bureau of Indian Affairs (BIA) as part of the Eastern Pequot tribe’s bid for federal acknowledgement in 1998. 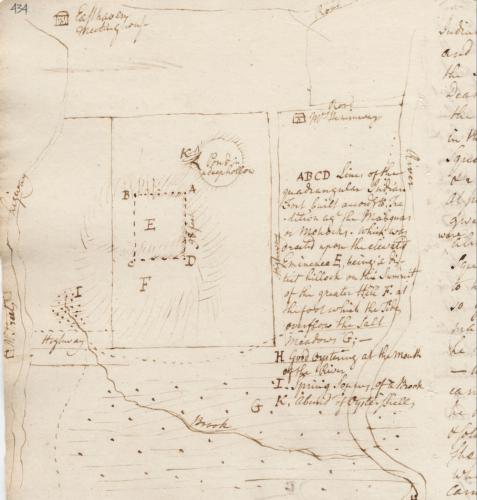 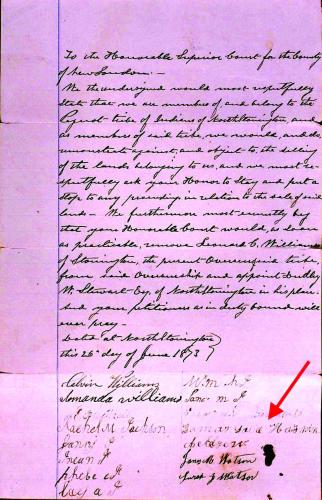 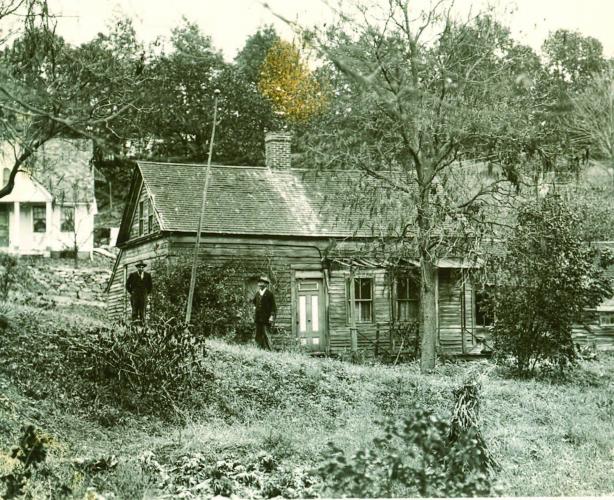 No one’s fault, considering the vast amount of documentation submitted, but a curious phrase, a riddle that even a high-quality digital image of the original couldn’t solve. It wasn’t until Native and non-Native researchers collaborated, poring over the material in 2002 that a far more reasonable answer emerged for us: Tamar S and Har nin cheldren.

Tamar S., or Tamar Sebastian, was the progenitor of one of the largest tribal families and this signature placed the family on the reservation decades earlier than previously thought, validating family oral traditions, correcting former BIA conclusions and adding to a new body of evidence. We worked as part of the Eastern Pequot Federal Acknowledgment Petition Team to locate and analyze this critical evidence to gain both a positive preliminary decision and a positive final decision for the tribe.

While this is only one example of the transformative power of an accurately transcribed document assisted by tribal insights, it served as the genesis of the Indian Papers Project at Yale University, a collaborative scholarly editing endeavor with associated research initiatives.

What the federal acknowledgement process also demonstrated to us was a problem many Native communities face – a general lack of access to historical records written by, for and about them. This is especially true for Indians in New England whose rich but fragmented and widely dispersed documentary record goes back at least four centuries.

The Yale Indian Papers Project began to take shape when a group of tribal community leaders, educators and scholars informally assembled together with academics and scholarly researchers to address these issues. The original idea was to publish a resource book of transcriptions of crucial documents: Connecticut State Library’s Connecticut Archives Indian Papers Series, a 200-year record of Connecticut’s legislative Indian policy.

The Project came to Yale in 2002 at a time of particular turmoil in New England Indian Country. By then the bombastic statements of local politicians and casino partisans that there were no longer any true Indians in New England reinforced the erroneous trope of the “vanishing Indian.” But it was now coupled with overt racist thinking. However false, the message began to gain some traction in Connecticut towns, especially in an atmosphere fraught with the reaction to the rapidly growing Indian gaming industry. The lack of a visibly documented past made attempts at tribal erasure easier.

Our response was something academic but something that addressed social justice issues: a free-access scholarly editing project done to the highest professional standards.

Our website (http://yipp.yale.edu) offers high-quality images of documents that can be panned and magnified and two forms of transcriptions. Many community elders wanted more easily to read the documents about their ancestors, especially when the materials were written in almost undecipherable handwriting. For them, we offer word for word transcriptions (typographical facsimiles) that include crossouts, raised text, misspellings and line breaks, all faithful to the original manuscript.

For other researchers, we provide text with regularized spelling and punctuation for easier reading and effective word searches. Also included are hyperlinked biographies of every person mentioned in a document and geographies of Native and non-Native spaces that will ultimately be geo-referenced. In certain instances, we will link commentaries providing various interpretations or insights from a broad range of scholars. We are presently working on providing means for video commentary from a number of tribal elders.

Certainly more complete access to materials in a single repository is a good thing. But of unique value is the interweaving and the “dialogue” that is generated when related materials in multiple institutions and collections can come together, laying the groundwork for a deeper, richer understanding of the topic under consideration.

Accordingly, instead of one archival collection from a single repository, we chose to include several institutions, large and small, from across New England and the United Kingdom. The libraries of Yale and Harvard Universities, the National Archives of the U. K., the British Library, the Connecticut State Library, the Massachusetts Archives and the Connecticut Historical Society are just a few of our partnering repositories. The number of participating institutions continues to grow as our outreach efforts expand.

By including records from many different places, the information escapes the restrictive siloing effect that often comes from using one resource or even one repository alone and becomes dynamic.

Consider the examples of these three women.

Through his papers at Yale’s Beinecke Library, the 18th century minister Ezra Stiles recounts the story of the wife of the Narragansett sachem Ninigret II who by sleeping too close to another man around a campfire earned her husband’s suspicions of adultery. As a result, her face was disfigured by several knife strokes and she was sent back to her home community in disgrace around 1710. The story is usually told, imperfectly, as an example of Native New England divorce practice, and not much more of the woman is ever provided.

In the Connecticut Archives’ Indian Papers Series, one can read about Oskoosooduck, the daughter of the Eastern Pequot sachem Momaho. A leader in her own right, in 1723 she went before Connecticut authorities and successfully challenged trespasses into tribal lands by colonial neighbors, a feat not accomplished by many of her male counterparts.

And next, there’s the unhappy story that emerges from early Connecticut inquest records at the State Library. Mary Sowas, a 90-year-old Eastern Pequot woman was murdered by her husband, Samuel, in 1752 after a domestic dispute in their son’s wigwam.

It was only in adding a fourth item, a newspaper account of the couple’s death from Yale’s newspaper collection, that it became clear to us that the three women – Ninigret’s wife, Oskoosooduck, and Mary Sowas – were the same individual, with a long, successful but tragic life.

While several New England Native communities have recently begun to reclaim parts of their documentary record to better understand and tell their tribal stories, access to the materials in the Yale Indian Papers Project Collection can sometimes add depth to stories already known.

Take, for example, the moving and eloquent Mashpee petition to the Massachusetts legislature in 1795, remarking upon the irony of the Indians’ political situation. Having fought in the Revolution for the same liberty and freedom as their white neighbors, the Commonwealth’s Indians were made wards of the state with legal guardians to watch over them.

At the close of a long & successful war, in which we had been honourably distinguished & had profusely bled, how are we disappointed! How could we conceive it possible that a people who were exhibiting Such illustrious proofs of their attachment to freedom, & so enlarging ideas of the principles of civil liberty & of the original design of Government should not respect the Rights in others, which they so warmly contend for themselves.

The petition and those that followed, no doubt, set the stage for William Apes’ wellknown Revolt of 1833.

In the winter of 2015, we came across an interesting 1776 account of the deathbed testimony of a Christian Mohegan woman. The author, however, was not discernable.

Comparing the handwriting to other similarly looking specimens, we were able to determine that the creator was the Mohegan minister Samson Occom and that the pages may have come from a journal, long thought lost.

At the same time, members of the Mohegan Council of Elders concluded that marginalia on the end sheets of the manuscript were the earliest writings of Fidelia Fielding, the community’s last fluent Native speaker.

The recovery of Native documentary histories is aided by the partnerships of multiple institutions, a willingness to share their collections and to allow them to be re-interpreted, but what does Native collaboration look like? What forms does it take?

The Project’s mission statement acknowledges that tribal groups must be stakeholders in the endeavor as colleagues, as intellectuals and as the Native voice. As a consequence, Native participation is reflected in the membership of the advisory board and the consultant panel, those willing to represent the Native perspective in creating annotations and commentaries, and those willing to review materials that are potentially culturally sensitive.

In these roles, tribal members have been especially helpful in re-inscribing indigeneity into a colonized archive. Moreover, our Native colleagues can sometimes provide more reasonable explanations of historical events or offer alternative avenues of understanding. In some instances, they may assist in the translations of non-English texts or provide cultural insights into materials that have long been institutionally marginalized from Native communities.

To promote a greater Native participation, we have created a number of collaborative initiatives to foster relationships, especially with New England’s state and federally recognized tribes. Conversations and presentations to tribal elders, historians, genealogists and historical preservation officers are proving fruitful for making the Project’s materials and programs responsive to the needs of the local Native communities.

This effort recognizes that access to and an open dialogue about relevant primary source materials, both textual and cartographic, can aid tribes in their efforts to identify and protect human remains, associated funerary objects, objects of cultural patrimony, burial sites and significant cultural landscapes.

Until now our outreach to Native communities has relied solely on longstanding personal relationships. Much of the sharing of material has been on a case-by-case basis. And while this approach has been effective, we recognize the need for new pathways or mechanisms for sharing if the Project is to succeed. For the past year, we have been working closely with Mukurtu, the content management system that allows for collaborative vetting and ethical curation of American Indian digital cultural heritage items, in our case documents and manuscripts. The design for the new Mukurtu Shared platform contains a number of potential communication tools and other functionalities that will enhance our ability to collaborate with Native communities.

Admittedly, there is still much work to do. But our efforts and the efforts of projects like ours are starting to shape what we hope will be the new norm in the scholarly editing of Native primary source materials, similar in some ways to covenantal principles in archaeological work on Native land. Meaningful collaboration provides critical perspectives, a more even discourse and more diversity at the table. Those are benefits for native and non-native scholars, researchers and students – communities in general. More specifically native communities can use these tools, these historical resources in the tangible exercise of their sovereignty.

Paul Grant-Costa, the executive editor of the Yale Indian Papers Project, holds degrees in law, history and linguistics. During the past 35 years, he has worked extensively with Native communities in New England on a variety of legal and historical concerns.

Tobias Glaza is the assistant executive editor of the Yale Indian Papers Project. For the past 20 years, he has worked with tribal communities in the Upper Midwest and New England on issues of natural resource conservation, land management and history.