Skateboarding emanates from the surfing culture of the Polynesians, which they brought with them thousands of years ago from Southeast Asia to Pacific islands such as Samoa, Tahiti, Hawaii and New Zealand. Skateboarding began to blossom in America in the ‘60s, and it has grown into an international phenomenon. It was an official sport in the 2020 Summer Olympics. Native Hawaiian Heimana Reynolds competed in the men’s park skateboarding event, becoming the first Indigenous skateboarder in an Olympics. 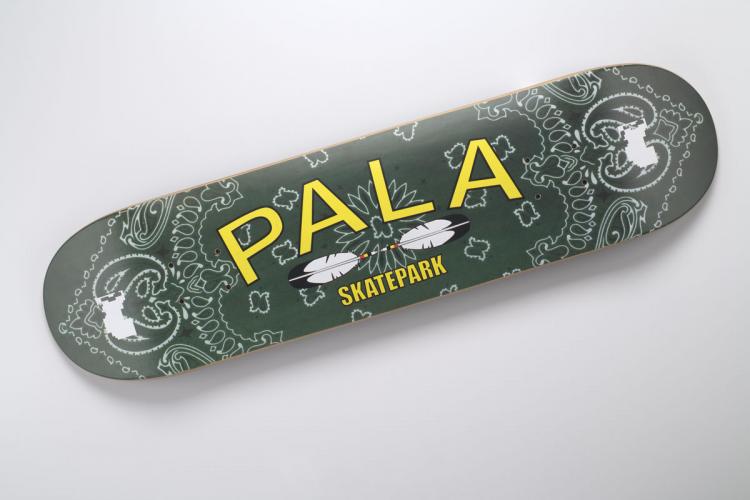 Native-owned skateboarding companies have created distinct brands. Some feature traditional iconography. Others are notable for whom they were created.

Native-owned skateboarding companies have created distinct brands. Some feature traditional iconography. Others are notable for whom they were created. 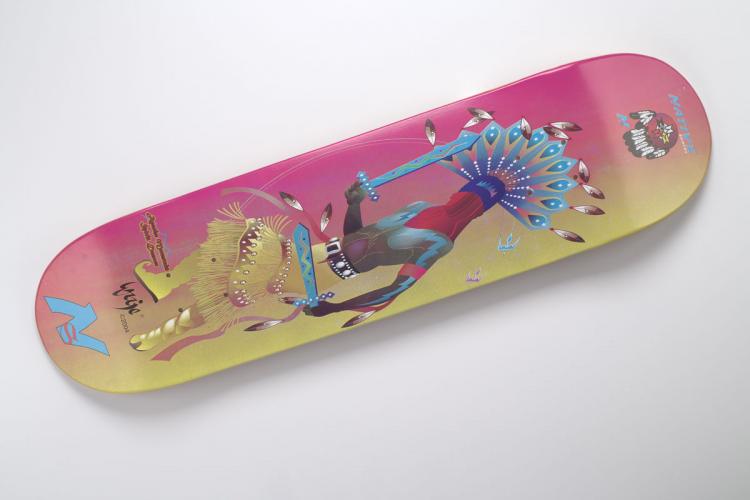 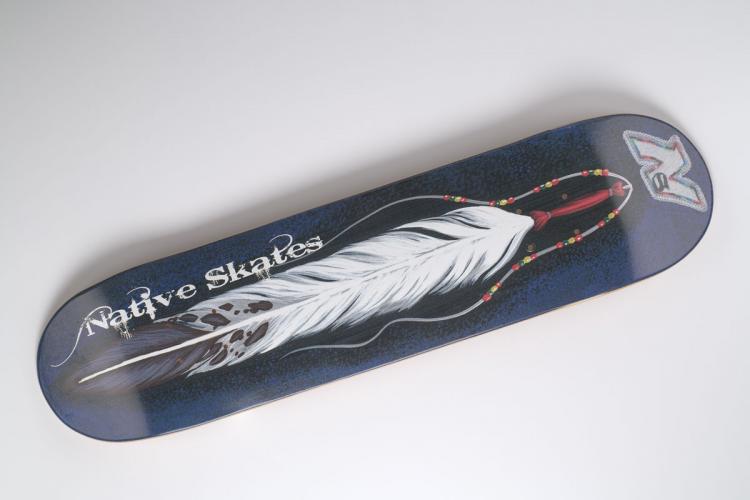 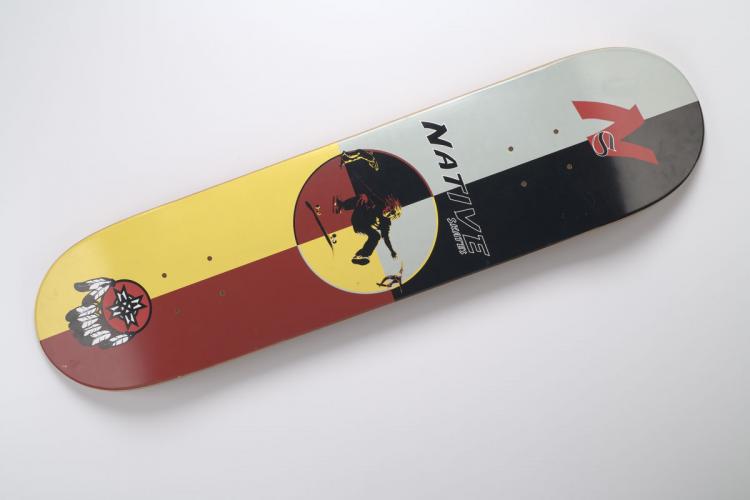 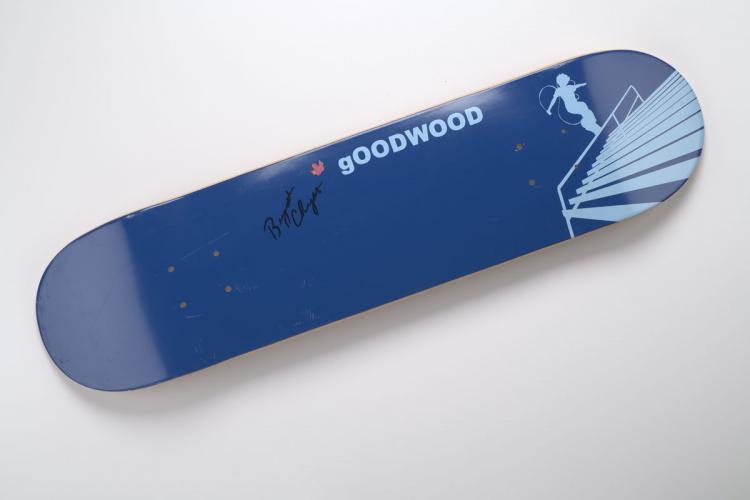 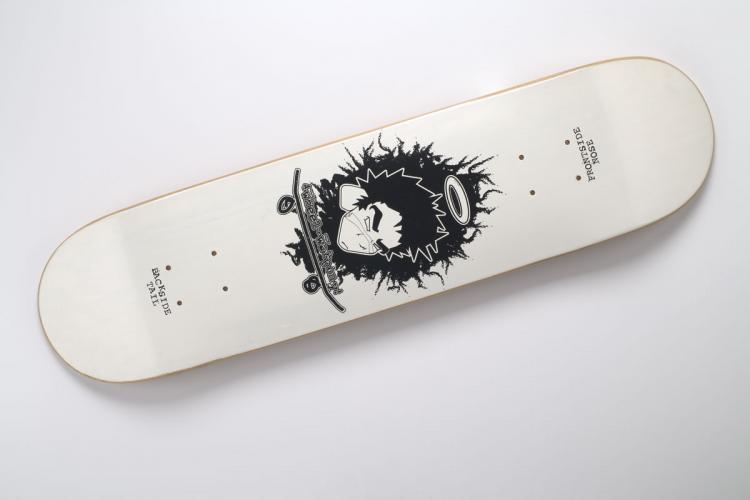 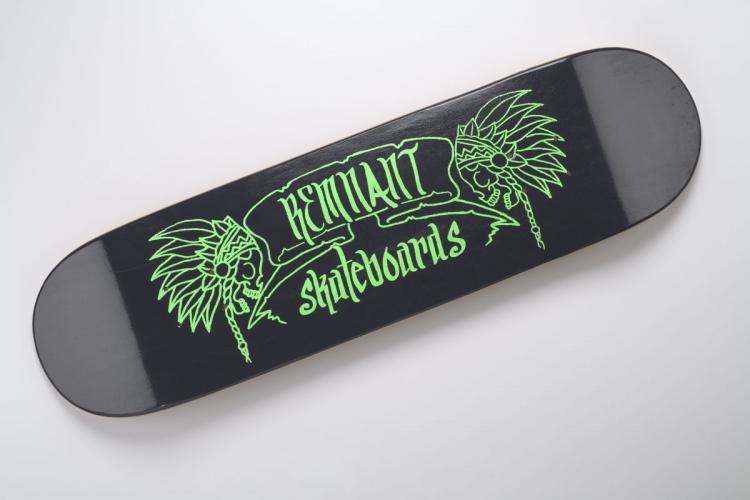 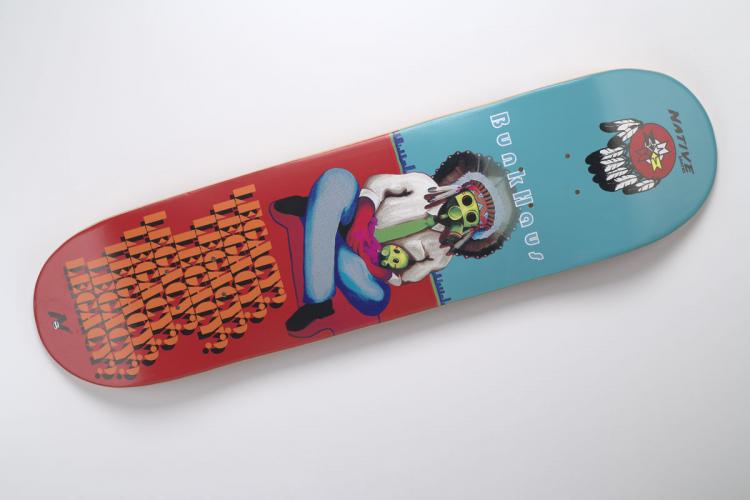 Skateboarding is one of the most popular activities on American Indian reservations, many of which now have state-of-the-art skateparks. The enthusiasm for skateboarding I witnessed in Indian Country inspired me to curate “Ramp It Up: Skateboard Culture in Native America,” an exhibition at the National Museum of the American Indian in 2009 that then toured 10 other U.S. venues from 2012 to 2015. That exhibition catalyzed Smithsonian museums to augment their collections with skateboard-related objects. Ten decks (boards) of skateboards displayed in “Ramp It Up” are now part of NMAI’s collection. The National Museum of American History (NMAH) has amassed more than 600 skateboard-related items.

I co-edited “Four Wheels and a Board: The Smithsonian History of Skateboarding” with NMAH’s Curator of Sports Jane Rogers to emphasizes the sport’s Indigenous beginnings and to tell how American skateboarding culture has influenced graphic art, film, music, fashion, education, technology and social justice movements. In the book are many of the decks in NMAI’s collection, which were created by Native-owned companies and feature designs by Native artists. It also shows a portrait of Hawaii’s Queen Emma (Kalanikaumakaʻamano Kaleleonālani Naʻea Rooke), who inspired a 19th-century surf “mele” (chant), and the surfboard that Native Hawaiian surfer Duke Paoa Kahinu Mokoe Hulikohola Kahanamoku shaped in 1928. Skateboarding has not only deep Indigenous roots but also a vibrant Native culture that will endure.

Betsy Gordon is a project manager at the National Museum of the American Indian. “Four Wheels and a Board: The Smithsonian History of Skateboarding” will be available this fall at americanindian.si.edu/shop.