Sara Aliaga Ticona said while she was growing up in La Paz, Bolivia, she was “surrounded by photography.” Her father was an investigative photojournalist, and she often witnessed issues impacting Bolivia’s Indigenous peoples through his imagery. In 2012, the then 22-year-old Ticona decided to follow in his footsteps. Now an award-winning photojournalist and a National Geographic Explorer, she has had her work featured in several leading publications and international exhibitions. 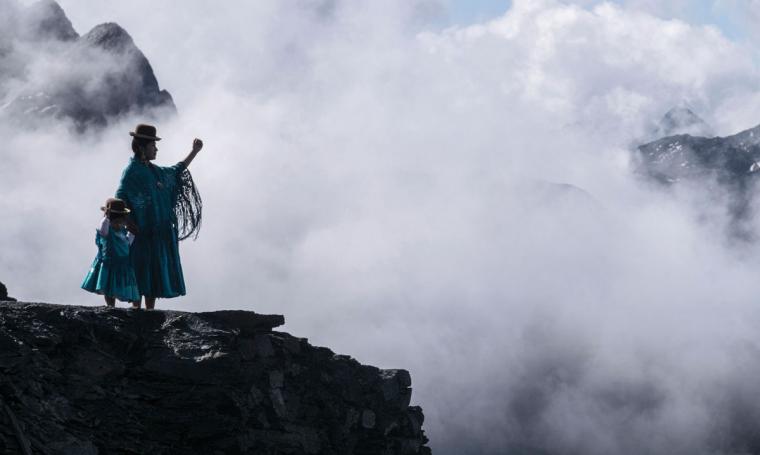 As her daughter holds her hand, Sandra Patzy, an Aymara woman in Bolivia, reaches out over a crevasse to the Andean mountains.

As her daughter holds her hand, Sandra Patzy, an Aymara woman in Bolivia, reaches out over a crevasse to the Andean mountains. 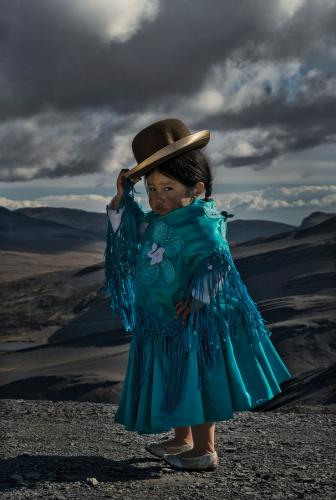 Still based in her home city, Ticona’s photography intimately portrays many aspects of Indigenous lives, including those of her Aymara people. Yet, “as a woman, as a Bolivian, as an Indigenous person,” she said, “the intersection of these issues” interests her most. In Bolivia, women are often marginalized. The Pan American Health Organization reports that the country has one of the highest rates of violence against women in the Americas. Ticona said she captures women in the “context of a society that is ‘machismo.’” Ultimately, she said that she wants her images “to both dignify and reconquer the image of the woman in Bolivian society.”

In this 2018 photo, Sandra Patzy, an Aymara woman in traditional cholita attire, brings her daughter Nathaly to the top of La Cumbre, a mountain where offerings are made to Pachamamma (Mother Earth). Ticona recalled the scene she captured on the edge of La Paz: “The winds were powerful, and the child was afraid. In Andean culture, mountains are considered to be guardian spirits. So the mother said to her child, ‘Don’t be afraid. Everything here around you—the mountains, the wind, myself—we are here to protect you.’”