1871: The End of Indian Treaty-Making

On a late summer day in 1874, Cherokee Chief William Potter Ross rose to speak to a gathering in the small railroad town of Vinita, Indian Territory (near modern-day Tulsa, Okla.). His topic – how the small European principality of San Marino had successfully resisted incorporation into the new Italian nation-state – must have mystified listeners. But Ross, whose celebrated uncle, Principal Chief John Ross, had led tribal opposition to Cherokee removal in the 1830s, quickly explained the relevance of his story: that the large and powerful United States should respect the autonomy of small tribal nations. 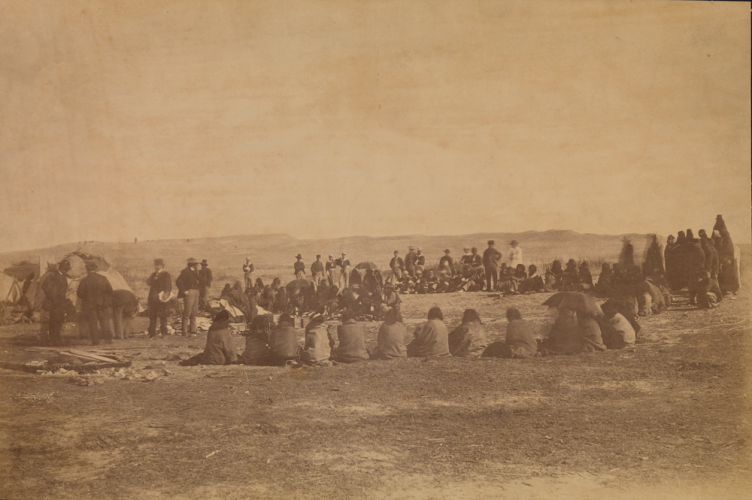 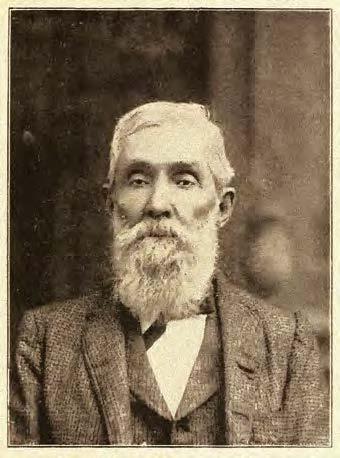 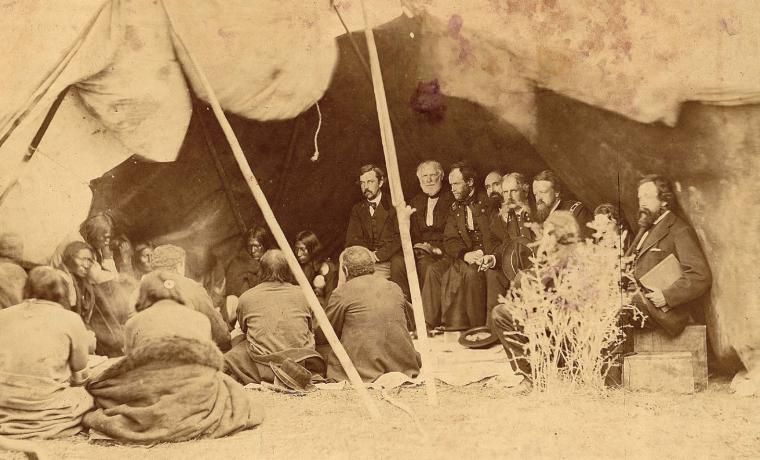 Peace Commissioners in Council with the Arapaho and Cheyenne Indians, 1868. A scene from the Fort Laramie peace negotiations photographed by Alexander Gardner (1821–1888). Photo Archives, National Museum of the American Indian P15390

Peace Commissioners in Council with the Arapaho and Cheyenne Indians, 1868. A scene from the Fort Laramie peace negotiations photographed by Alexander Gardner (1821–1888). Photo Archives, National Museum of the American Indian P15390 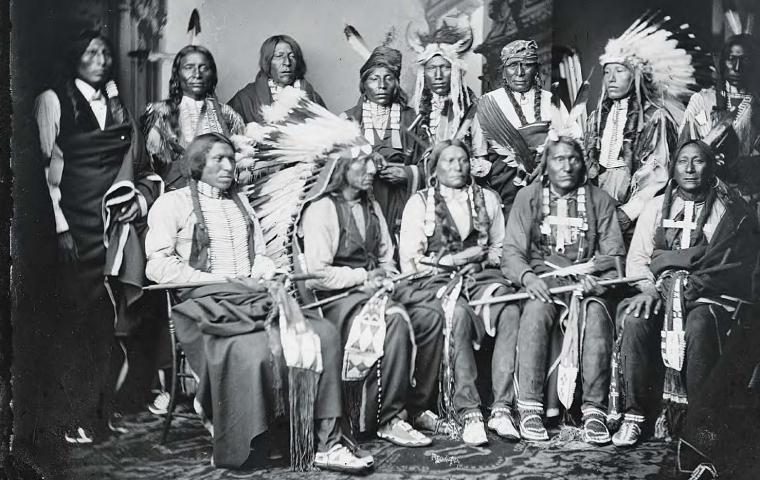 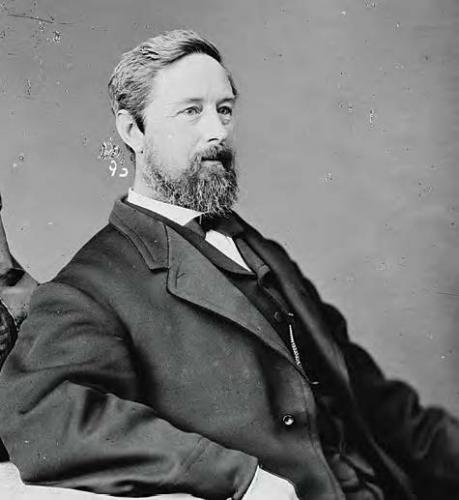 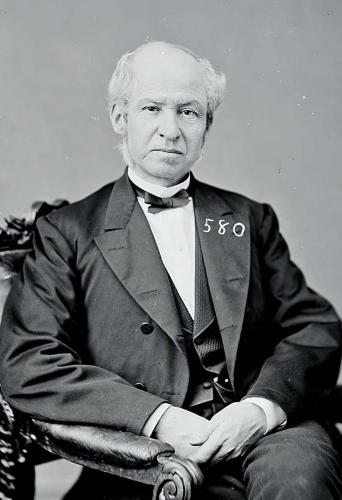 The Cherokee leader’s plea for tribal nationhood ran counter to the mainstream American thinking of his day. Three years earlier, in 1871, Congress ended formal treaty-making with Indians, obliterating a nearly 100-year-old diplomatic tradition in which the United States recognized tribes as nations. Although Congress agreed to honor the approximately 368 Indian treaties that had been ratified from 1778 to 1868, Congress stated unequivocally that “henceforth, no Indian nation or tribe . . . shall be acknowledged or recognized as an independent nation, tribe or power with whom the United States may contract by treaty….”

Why did treaty-making with Indian nations fall into disfavor? The answer lies in understanding the transformation of American thought about Indian nations after the Civil War.

America’s Founding Fathers accepted as an article of faith that American Indian tribes were independent nations. After the American Revolution, President George Washington and Secretary of War Henry Knox recognized tribes as autonomous polities, and embraced treaties – the quintessential symbol of international diplomacy – as the most expedient means of conducting U.S. Indian policy. As pressure for Indian Removal mounted, some Americans began to question the legitimacy of – and necessity for treaty negotiations with – tribal nations. Yet these voices had little impact on treaty-making. As the primary vehicles for acquiring tribal lands, Indian treaties were effective tools for U.S. western expansion. The pace of treaty-making reached a crescendo during the 1860s, when 59 Indian treaties were ratified by the Senate. It was during this decade that a crusade to prohibit Indian treaty-making gathered momentum.

Post-Civil War critics of Indian treaty-making came from many walks of life. Reformers, government officials, military men, politicians and clergymen all viewed treaties as symbols of everything that was wrong with U.S.–Indian policy. Far from being independent nations, said Henry B. Whipple, Protestant Episcopal Bishop of Minnesota, Indian tribes were “wards,” entirely dependent for survival on the U.S. government. As such, Whipple concluded, “it was time for the government to cease treating heathen communit[ies]”... as
... independent nation[s] ...” Many agreed. In 1868, the Congressionally appointed Indian Peace Commission urged lawmakers to end Indian treaty-making, and one year later, the Board of Indian Commissioners, appointed by President U.S. Grant to reform Indian affairs, reached the same conclusion.

Perhaps the most influential critic of treaty-making was U.S. Commissioner of Indian Affairs Ely S. Parker. A Tonawanda Seneca from upstate New York, and General U.S. Grant’s military secretary during the Civil War, Parker used his office to advocate forcefully for the abolition of treaty-making with Indian tribes. “A treaty involves the idea of a compact between two or more sovereign powers,” Parker observed in his annual Report of the Commissioner for Indian Affairs, “each possessing sufficient authority and force to compel a compliance with the obligations incurred.”

But Indian tribes, he continued, “are not sovereign nations, capable of making treaties.” America’s treaty-making tradition, Parker observed, had imbued Indians with a false sense of “national independence,” which was belied by their status as “wards of the government.” Concluded Parker: the U.S. should “cease the cruel farce of... dealing with its helpless and ignorant wards” through treaties.

It is difficult to know if Parker truly internalized the anti-treaty-making spirit of the age, or if he felt forced to kowtow to the new “party line.” If the latter, Parker’s decision to take the line of least resistance speaks volumes about the magnitude of anti-treaty-making sentiment in official Washington.

In fact, Parker’s public pronouncements mirrored an emerging consensus about tribal nations in modern America. After 1865, the existence of autonomous tribal governments – and the necessity of negotiating treaties with them – seemed incompatible with the unified and newly empowered nation that emerged from the Civil War.

Begun to preserve the Union, the Civil War spawned what the historian Eric Foner has called “a new American nation-state” with vastly expanded power and authority. Prompted by the need to mobilize the Union’s resources to wage modern war, the federal government initiated policies that would transform the old, decentralized republic into a powerful, centralized national state. Washington created a national paper currency and banking system, levied new taxes and formed an internal revenue bureau to collect them, imposed a draft to fill the ranks of the army, launched the Freedmen’s Bureau, the nation’s first social welfare agency, and inaugurated a generous pension system for Union Army veterans.

The emergence of a consolidated nation-state nourished a powerful nationalist ideology. In 1865, a new magazine, aptly titled The Nation, began publication. In its second issue, the editors asserted that the Civil War had achieved the “territorial, political and historical oneness of the nation . . . .” Now, said U.S. Sen. John Sherman (R. – Ohio), brother of Union General William T. Sherman, “The policy of this country ought to be to make everything national….”

The celebration of consolidated nationhood left little scope for tribal sovereignty. After Appomattox, the idea of independent tribal nations came under increasing attack from land-hungry settlers, ranchers, mining and railroad companies and politicians who found tribal sovereignty an obstacle to economic development and an affront to American society. Unwilling to countenance the existence of “savage” tribes in a “civilized” nation, Americans insisted that Indians should spurn tribalism and accept Christianity, private property ownership and, eventually, full citizenship and assimilation into Euro-American society. The full-bore assault on tribal culture and institutions fueled pressure for Congress to prohibit future treaty-making with Indian tribes.

Congressional opposition to Indian treaty-making emerged from the House of Representatives. When the House’s proposal for eliminating treaty diplomacy arrived in the Senate, however, it received an icy reception from lawmakers who warned that it would infringe on the treaty-making authority of the president. Fewer constitutional concerns were evident in the House, where opponents of treaty-making assailed the notion that Indian tribes were nations with whom the United States should make treaties. Equating population with nationhood, lawmakers insisted that Indian tribes were now too small to merit the moniker, “nation.” “Eighty or a hundred years ago, perhaps when there were great confederated nations upon our borders. . . we might treaty with them,” said U.S. Rep. Aaron Sargent (R. – Calif.). But now, Sargent observed,” “the whole thing is changed.” Indian tribes, he concluded, were “simply . . . not independent nations with whom we are to treat as our equals.” The United States should continue to make treaties with foreign nations, Sargent admitted, “[b]ut I deny that there can be such nations on our own soil.”

These discussions occurred late in the Congressional session, when lawmakers were working feverishly to pass appropriations bills and conclude business. Without taking the yeas and nays, lawmakers adopted a resolution to prohibit further treaties with Indian tribes, tacking the measure on to the Indian Appropriations Bill of 1871, which President Grant signed into law.

Not one Native was asked for input. Neither Cherokee Chief William Potter Ross nor any other tribal leader was invited to render an opinion on treaty diplomacy or on the government’s responsibility to protect the autonomy of small tribal nations within the United States. Unilateralism had won the day.

Legal historians have tended to downplay the significance of the 1871 treaty-making prohibition, arguing that prior Indian treaties remained in force, that the treaty-making system was merely replaced by bilateral agreements approved by both houses of Congress, and that the independent political status of tribal nations remained largely unimpaired. Yet this emphasis on the continuity of U.S.–American Indian diplomacy obscures the fact that the end of treaty-making was born of a dramatic assault on indigenous tribalism – one that would scourge Indian Country throughout the 19th and early 20th century. That prolonged attack was predicated on the idea that sovereign Indian nations were anachronisms in post-Civil War America. Faced with the remains of what they considered a “vanishing race,” Americans increasingly dismissed the idea of tribes as sovereign nations capable of dealing on an equal basis with the burgeoning United States. The growing consensus about the illegitimacy of independent tribal nations in modern America not only fueled the abolition of treaty-making, but promoted the break-up of tribal land ownership through allotment, legitimized federal government forced cultural assimilation policies and presaged the U.S. Supreme Court’s  1903 ruling in Lone Wolf v. Hitchcock, which recognized Congress’s power to abrogate existing treaties with Indian tribes.

One prescient lawmaker saw it coming. Ending the treaty system, U.S. Sen. Eugene Casserly (D. – Calif.) warned in 1871, would be “the first step in a great scheme of spoliation, in which the Indians will be plundered, corporations and individuals enriched, and the American name dishonored in history.”

U.S. repudiation of treaties and tribalism was steadfastly opposed by American Indians, who continued to identify themselves as members of autonomous, self-governing nations. Adhering to the nation-to-nation relationship that shaped early American treaty diplomacy, tribes continued to send delegations to Washington, D.C., to redress grievances with government officials. In the mid-20th century, tribes increasingly invoked their treaty-guaranteed rights to defend lands and life ways, and in 1972, Indian activists associated with the “Trail of Broken Treaties” issued a 20-point manifesto that called upon the United States to restore formal treaty-making with Indian nations. Native and non-Native legal scholars, for their part, have not only questioned the constitutionality of the 1871 treaty-ban, but also echoed calls for the restitution of treaty diplomacy. Doing so, one notes, “would be an unambiguous ... proclamation that the United States is an ally of the tribes in their ... battle to protect tribal sovereignty.”

Mark Hirsch is a senior historian at the National Museum of the American Indian. He served as a researcher for NMAI’s “Native New York” exhibition, which features the stories of the Shinnecock and other Indigenous people of this region and is scheduled to open at the museum in New York in 2021.