Belly laughs, pride and empowerment. These are the products of the 1491s, a collective of Native writers, performers and filmmakers now making online videos. With the speed and uncensored directness of the Internet, they are posting up-to-the-minute satires that not incidentally might also be changing the way the mainstream culture sees the modern American Indian. 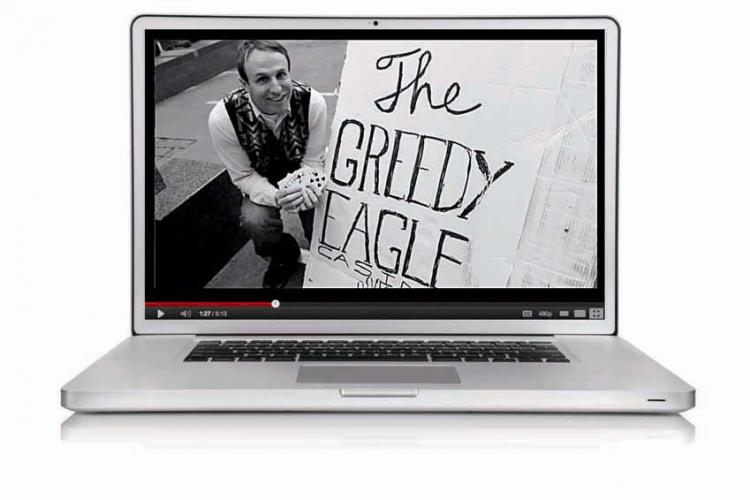 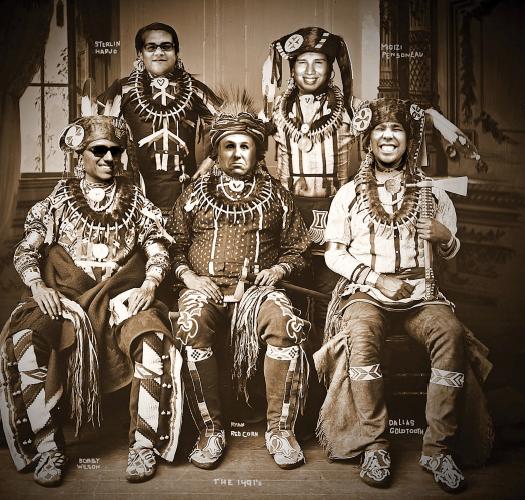 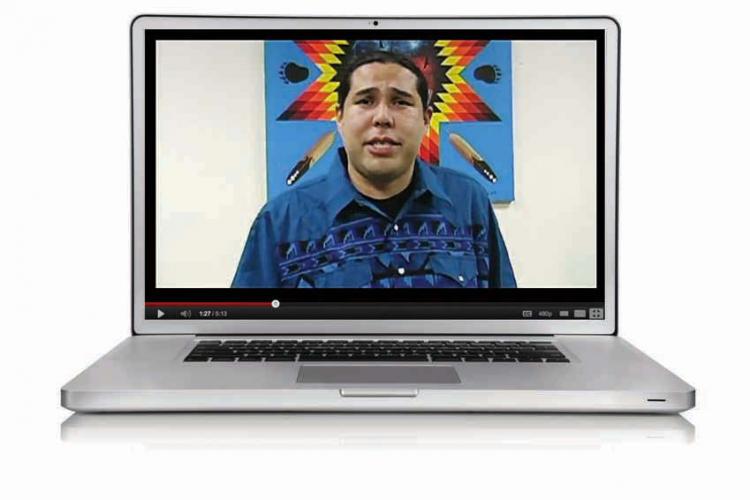 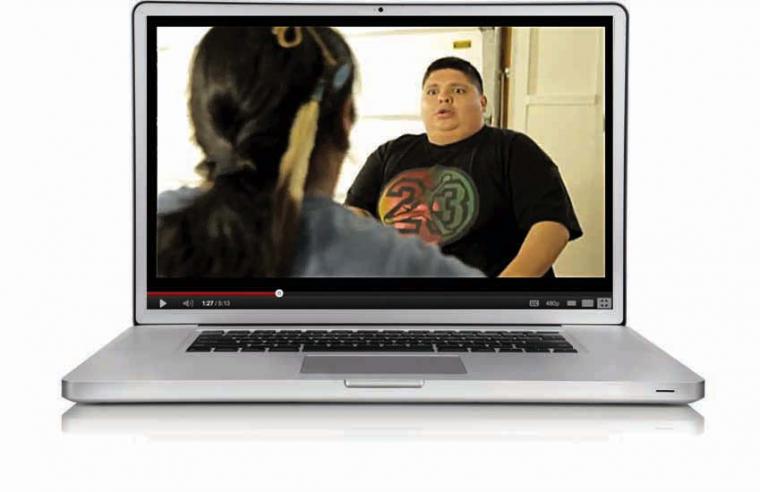 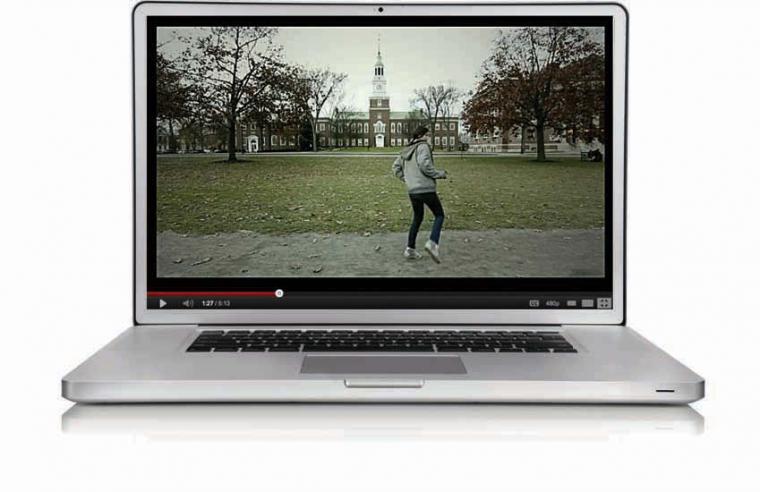 They have taken on stereotypes of medicine men, the Twilight vampire movies with their Indian Wolf Pack and, most recently, the Occupy Wall Street encampment in Zuccotti Park. More seriously, they have done a public service spot on abuse of Native women. Some viewers are finding their work unsettling, but Indian Country has embraced them warmly. Their videos have been viewed more than 580,000 times, and nearly 3,000 subscribers follow their YouTube channel.

Sterlin Harjo (Seminole/Creek), a noted young movie director and one of the 1491s, explains, “The Internet is instant. You are allowed to say what you want. There are no studios or distributors to go through. Like graffiti, you place your tag, your mark, in a public space.”

The topic and tone of their work constantly changes, reflecting the styles of each member. While difficult to place in a single category, their videos are about Native life and experiences from an insider’s viewpoint. The videos are free and available any time of the day on YouTube. Ryan Red Corn (Osage), another 1491, says, “Through digital media, camera. They decided to parody the famous scene in the film The Silence of the Lambs, in which serial killer Buffalo Bill, dressed partly as a woman, dances in front of a video camera.

In their version, called Buffalo Bill Dance Redux, Buffalo Bill is obsessed with Indians. He kidnaps Native dancers and adorns himself in their regalia to dance before the camera, imagining himself an Indian. Goldtooth and Pensoneau completed filming and editing the video in one day. They uploaded the result to YouTube, where it quickly went viral.

Separately two Oklahomans, Red Corn, a graphic designer and poet, and Harjo, a filmmaker, had been collaborating on media projects for several years. They met in Colorado in 2006 after Red Corn was selected as one of three final contestants for a Native American Rights Fund art contest. They soon realized that they had mutual friends and common interests.

Harjo featured Red Corn in a memorable scene from his 2009 feature film, Barking Water. (See “Eight Must-See Native Films,” p. 31.) Later they worked on a short film Bad Indians, produced in conjunction with the Public Broadcasting Service miniseries We Shall Remain. The film features Native people reading lines from a poem by Red Corn, expressing defiance for being “bad Indians” who do not fit into prevailing stereotypes. Although PBS was reluctant to use it because of its perceived political content, the video was finally posted on the PBS website (and YouTube).

Goldtooth, Pensoneau, Harjo and Red Corn knew of each other’s work but had never collaborated directly. In November 2009, after a screening of Barking Water in Minneapolis, Harjo and Red Corn drove to northern Minnesota to meet Goldtooth and Pensoneau. After some brainstorming, they decided to spoof the Twilight series movie New Moon, which was being released that week. They had never read the Twilight books nor seen the first movie but decided to re-create the auditions for the Quileute tribal characters commonly referred to as the Wolf Pack. In the books, written by the non-Native Stephenie Meyer, a tribal secret society has the ability to transform into wolves. Typically shirtless, they protect their reservation from vampires. (Although the Quileute of the Pacific  Northwest do have a wolf society which performs a wolf dance, Meyer admits that the shape-changing and anti-vampire tasking is entirely a product of her imagination. See page 50 for more on the Quileute Wolves.)

In the 1491s spoof, Goldtooth, Pensoneau, Red Corn and artist Bobby Wilson (Sisseton- Wahpeton Dakota) portray Native actors auditioning for the Wolf Pack roles. Harjo, Garrett Drapeau (Mdewakanton Dakota) and filmmaker Elizabeth Day (Ojibwe) play the casting staff. The actors wear absurd “traditional” outfits such as a fur coat, loin cloths and a headdress; they are directed to dance, howl and be sexy. The scene ends when an African- American man who says he has “a little bit” of Indian is chosen over them. Titled New Moon Wolf Pack Auditions, the video was an instant hit and spread throughout Indian Country.

With such a positive reaction, the group realized that there was a need in Indian Country for videos about Native people by Native people. The response proved that Indians surf the Internet, logging in from the most rural to the most urban areas and looking for truthful commentary about their lives.

Soon after, the 1491s was born, taking its name from the year before the arrival of Christopher Columbus. Since the collaborators live in different locations, they find ways to come together or work separately. Ideas are often discussed through conference calls and decided by consensus. The group has a fluid membership. Other contributors have included educator Sedelta Oosahwee (Cherokee/ Mandan/Hidatsa/Arikara) and comedian Tito Ybarra (Red Lake Band of Chippewa). The members moreover work on their own projects and manage full-time jobs.

In this short time, however, the group has become a prolific producer of increasingly famous videos. In their most popular, Slapping Medicine Man, the title character offers solutions to modern problems. As people sit before him complaining about being overweight, drinking too much, partying and not going to work, he responds by slapping them and telling them to stop eating, drinking, partying and skipping work. In the satire Day in the Life: Powwow Emcee, the main character’s last name is a combination of three real powwow emcees. During the Gathering of Nations Powwow, Ruben Little Head, one of the real emcees, jokingly called out Goldtooth publically.

After the eviction of the Occupy Wall Street encampment in lower Manhattan’s Zuccotti Park, the 1491s moved in and claimed the space for the West Village Band of Zuccotti Indians. They declared the space a new reservation, soon to feature the Greedy Eagle Casino. As they spoke, a trio from the unrecognized East Village Zuccotti Indians (played by members of the Eastern Medicine Singers drum troupe) watched forlornly from the other side of the police barrier. The satire bites on many levels.

The 1491s laugh at themselves as well. The men often appear shirtless and wear ridiculous clothing. Goldtooth explains, “There are many forms of comedy. It helps the audience connect with you if they know that you are making a fool out of yourself. It’s a good lesson. You need to make light of your own actions. Some of the greatest comedic targets are people who take themselves too seriously.”

But the group is also exploring its serious side. Red Corn and the 1491s have produced public service announcements for the Indian Law Resource Center. One video, Three Little Indians, presents startling statistics on violence against Native women. “One in three will be raped,” it states, while three Native women glare at the viewer. The videos supported the Stand Against Violence and Empower (SAVE) Native Women Act, introduced by Senate Indian Affairs Committee Chairman Daniel Akaka (D-Hawaii).

Red Corn sees the new approach as “a counterbalance of content: comedic and serious.” He says, “We are activists but we work in different forms. We are about complicating narratives.” Goldtooth says, “The shift came about when we met Sterlin [Harjo] and Ryan [Red Corn]. When we combine, it brings our strengths together, and we can express ourselves in many ways. There are messages behind all the videos.” The troupe wants people to talk about the issues it raises. “My belief,” says Goldtooth, “is that there is an overwhelming lack of public space for dialogue, open critical dialogue of what’s happening in Native communities. Comedy is the perfect mode of transportation. We are playing on these tropes.”

But the 1491s recognize that some people do not like their work. Perhaps surprisingly, they report that the most negative reaction came for the video Smiling Indians. The piece contained no dialogue, showing only a succession of Native people smiling before the camera as a song by Laura Ortman (White Mountain Apache) played in the background. The video was shot at powwows in Oklahoma and at the Santa Fe Indian Market as a rebuttal to the countless Edward Curtis photographs of Native people with stoic stares. After National Public Radio’s All Things Considered featured it in a segment, the NPR website’s discussion board turned vitriolic with anti-Native comments. Says Pensoneau, “You read the most racist tendencies on the Internet. People feel they are anonymous and hidden.” Red Corn adds, “The video threatened to alter non- Native perceptions of Native people.”

The group is continuing the task of providing a new image of Native people with a new series of videos called REPRESENT. According to Goldtooth, their developer, before the 1970’s, Native people were depicted as belonging to the past, not as a part of modern society. In the 1980’s, the concept shifted to “living in two worlds” with images of Native people dressed in traditional regalia against an urban landscape. The next level, says Goldtooth, is “to take away the outfits. The feathers are internal, which makes the message stronger, reaffirming identity.”

Goldtooth and Red Corn shot about fifteen REPRESENT videos while on an East Coast speaking tour, visiting universities such as Dartmouth, Yale, Harvard and the University of North Carolina. During any free time, they filmed Native college students. The videos are free form, allowing the students to bring the performance.

Pensoneau concurs with Goldtooth. “We also want to make sure that any image labeled as Indian is from us or another Native person. We need to take a hold of our image.”

While the 1491s may have begun as a sketch comedy group, they leave all possibilities open. Their videos are unpredictable, but always a propos. They have a backlog of ideas and maintain a website (1491s.com) and Facebook page as well. The group also hopes to continue touring and visiting Native communities.

“The 1491s are providing a new vision of Native people through humor and social commentary,” says Harjo. “It is not about the tragedy of the past.” Pensoneau adds, “We are all proud to be Native, and we are happy to be Native.”