100 Years and Counting: Much to Celebrate and Much to Do In the Years to Come

The National Museum of the American Indian is wrapping up its celebration of the 100th anniversary year of the establishment of our predecessor institution, the Museum of the American Indian, Heye Foundation (MAI). MAI’s founding on May 10, 1916, paved the way for the opening of the museum in upper Manhattan in 1922 and eventually the establishment of the NMAI as part of the Smithsonian Institution in 1989. This milestone anniversary gave us various opportunities for celebrating the provenance of our collections and its continued study and expansion. Who would have imagined in the early 1900s that NMAI – with its museums on the National Mall and in Lower Manhattan and the Cultural Resources Center collections facility in Suitland, Md. – would have become such an internationally prominent institution? There are so many stories to tell about amazing and remarkable personalities, and struggles and triumphs along the way, and this past year we proudly honored our truly unique history. 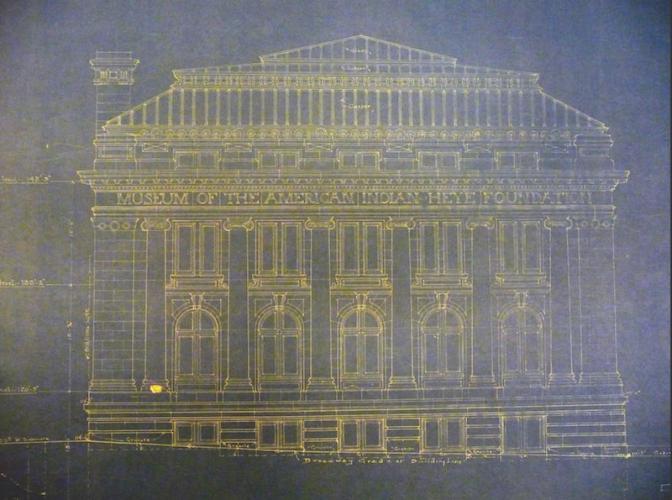 Elevation blueprint for the Museum of the American Indian building at Broadway and 155th in New York, presumably prepared by architect Charles Pratt Huntington in 1916. Image courtesy of The NMAI Archive Center

Elevation blueprint for the Museum of the American Indian building at Broadway and 155th in New York, presumably prepared by architect Charles Pratt Huntington in 1916. Image courtesy of The NMAI Archive Center 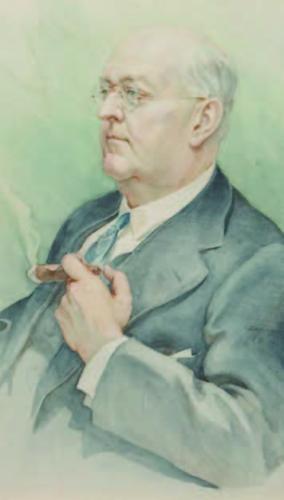 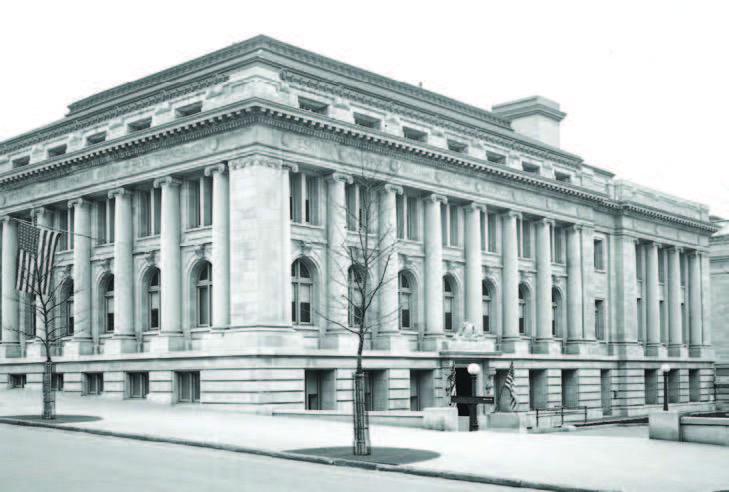 The museum’s founder was the wealthy New York financier George Gustav Heye (1874–1957), arguably the most significant collector of American Indian art and material cultural ever. He amassed what is regarded as the most comprehensive and important American Indian collection in the world, hemispheric in scope and with cultural materials from hundreds of tribal communities. Also, Heye’s collection is the largest such collection ever compiled by one person. Throughout the 100 years, the museum had operational, financial, collection care and ethical challenges galore. Many key factors came into play, most especially the dynamic and inspirational leadership required for what has become one of the leading museums of its kind in the world. Fortunately, with the establishment of the “new” NMAI by an Act of Congress in 1989, a confluence of determination, leadership, energy and grit elevated the Museum to a place of respect and prominence internationally.

On September 17, 2016, as part of our celebration of this centennial anniversary, NMAI organized a symposium titled Vistas and Dreams: Celebrating the 100th Anniversary of the Founding of the Museum of the American Indian at NMAI-New York. NMAI Curator and Head of Collections Research and Documentation Ann McMullen took the leadership role in organizing the symposium, inviting some of our field’s most distinguished scholars and museum leaders to discuss the origins of the collection and anthropological field work that put the underlying economic, intellectual, social and philanthropic histories in context. There were significant changes in the way 20th century museums developed curatorial and collection practices. The symposium speakers provided an informed commentary about the work of museums, philanthropy, the idiosyncratic nature of collecting and the way Native peoples were regarded historically. The life and times of Heye were central to the discourse, as McMullen articulated in her 2009 essay Reinventing George Heye and reiterated at the symposium. Heye “was, like anyone, a man of his time.” His story is “more complex and more honorable than has been told.” As Heye observed of his collections, “they are not alone objects to me, but sources of vistas and dreams of their makers and owners.”

Under Museum Director Kevin Gover’s leadership, NMAI has sharpened its institutional focus on ever deeper levels of scholarship through exhibitions, cultural arts programs and educational initiatives. Founding Director W. Richard West, Jr., provided significant leadership in opening our three facilities and engaging tribal communities in all aspects of our work. None of the Museum’s successes would have been possible, however, without fierce advocacy from the Democratic senator and respected veteran from Hawaii, Daniel K. Inouye; the leadership of Native leaders like Cheyenne and Hodulgee Muscogee activist Suzan Shown Harjo; and the strong bi-partisan political support from Senator Ted Stevens from Alaska and Senator Daniel Patrick Moynihan from New York, as well as elected and civic leadership in New York City and New York State.

In reaching the 100-year milestone, all of us involved with NMAI have a lot to celebrate and much to do in the next century to move our beloved institution forward well into the 21st century and beyond.