The photograph was almost unbelievable. Three non-Native women stood on a runway, posed and wearing neon-pink feathered headbands and holding plastic tomahawks in a mock beheading scene. An emblem of a cartoon monkey donning a Native headdress smiled in the background. 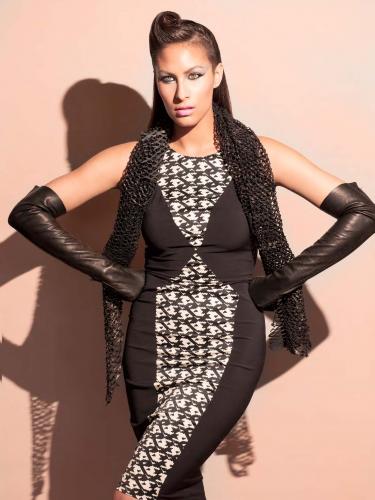 Photograph from the Re:appropriation Project, a fashion series by Thosh Collins and Ashley Callingbull designed to feature Native apparel and jewelry in a tasteful and appropriate manner. Photo by Anthony 'Thosh' Collins (PIMA/OSAGE)

Photograph from the Re:appropriation Project, a fashion series by Thosh Collins and Ashley Callingbull designed to feature Native apparel and jewelry in a tasteful and appropriate manner. Photo by Anthony 'Thosh' Collins (PIMA/OSAGE) 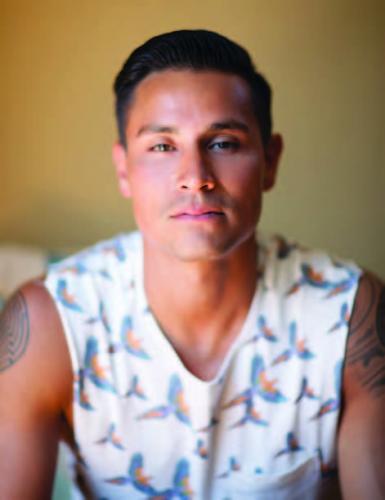 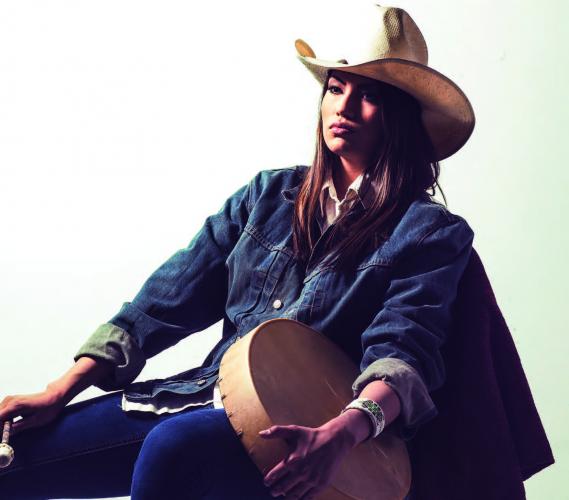 Photograph from the Re:appropriation Project, a fashion series by Thosh Collins and Ashley Callingbull designed to feature Native apparel and jewelry in a tasteful and appropriate manner. Photo by Anthony 'Thosh' Collins. Model: Ashley Callingbull.

Photograph from the Re:appropriation Project, a fashion series by Thosh Collins and Ashley Callingbull designed to feature Native apparel and jewelry in a tasteful and appropriate manner. Photo by Anthony 'Thosh' Collins. Model: Ashley Callingbull.

The photo captured a moment from a fashion party held by lifestyle brand Paul Frank. Known for their children’s accessories emblazoned with their mascot, Julius the Monkey, the company hosted the bash as a ‘powwow’-themed event in Los Angeles. Yet it was completely disconnected from the Indigenous people upon whom this party was supposedly based.

Why did the Native-inspired fashion trend take a terrible turn for the worse, and when did cultural sharing turn into stealing, stereotyping and downright disrespect?

Native-inspired clothing has come in and out of ‘fashion’ since contact. But when companies today try to cash in on the tribal trend with mass-produced collections of items that misrepresent Native people, these brands and their collections are met with increasingly critical eyes, and rightfully so.

Native designers have worked diligently in the past several decades to promote contemporary versions of ‘the Native’ in fashion. They draw upon their rich cultural heritages, as well as their own personal experiences, to fight stereotypes and bring forth creativity in wearable art. Their work is chronicled on my website Beyond Buckskin, where stories about the ground-breaking work of Lloyd Kiva New in the 1950s appears alongside the recent accomplishments of Patricia Michaels on Project Runway. I have sought to create a space where Native-made fashion takes center stage, so that the general public can easily explore the vitality, diversity, creativity and talent that sits at the core of the contemporary Native fashion movement.

Four young American Indian designers have even collaborated with the Paul Frank company to help it atone for the company’s “misstep” and to create a more proper, culturally-nuanced collection. Through this history-making collaboration, these ambitious designers create a model for future companies to follow suit.

The list of violators who promote and profit from ‘playing Indian’ seems to grow every month. It includes the following: fashion retailers Urban Outfitters, Victoria’s Secret, Adidas, Diesel, Forever 21 and Topshop; fashion designers Proenza Schouler, Ralph Lauren and Tom Ford; and musicians such as Gwen Stefani, T.I. and Snoop Dogg. From local or small operations to international ad campaigns, the images and products that these icons and their respective companies sell likewise range from the supremely cheap to the hard-to-obtain expensive.

In the past three years, these questionable collections have included ‘Navajo’ panties, logos of ‘Weekend Warriors’ and images of ‘sexy squaws.’ The Plains Indian headdress, however, is located at the center of some of the biggest misappropriations and at the heart of some of the most passionate discussions.

The Native headdress is identifiable by its feathers. Traditionally, eagle feathers are earned when somebody accomplishes a great deed for their community. These good deeds range from being a brave warrior to earning an educational degree. Feathers can be earned and worn by men and women, but they are worn in a respectful manner since the feathers come from Eagle – an important messenger and intermediary between us, the Human Beings, and the Creator. These earned feathers can also be gifted to others who have accomplished much, and in some instances the feathers can be used as a form of voting or demonstrating support. Sitting Bull, a significant Lakota chief of the late-1800s and a current symbol of resistance, was gifted a war bonnet in this manner. His floor-length headdress was comprised of feathers earned and owned by others who knew he would fight for the betterment of the tribe and would continue to work for the symbolic value of the feathers. Through the gifting of the feathered headpiece, Sitting Bull was thus chosen as the leader of the community.

Now, in mainstream media, we see the headdress on a cartoon monkey, on a drunken music festival attendee, on various non-Native musicians and even on a scantily-clad lingerie model. While the headdress continues to be respected and revered in many Native communities, there appears to be no restriction on the level of disrespect that is placed upon the headdress in popular culture.

Furthermore, the tribal trend isn’t restricted to this continent alone: its misuse knows no bounds and has been spotted in various countries throughout the world. For example, Vogue magazines in Russia, Germany and the United States have all featured multi-page editorial spreads of models dressed as ‘warriors’ and ‘savages.’ In Vogue Spain, one nearly-naked female model ‘stoically’ donned a headdress for a feature that was dubbed algo salvaje (something wild) on the cover of the magazine.

Fashion scholar and author Susan Scafidi once stated, “Fashion makes no secret of ransacking the world’s closets in search of inspiration. The world, however, isn’t always thrilled to see someone else in its favorite dresses.” If we accept the notion that we currently live during a time when we can inspire one another throughout the world instantaneously, how then do we ensure that ‘inspiration’ does not translate to ‘theft’ or ‘destruction’?

Fashion critics, theorists, lawyers and others have offered up suggestions as to why the tribal trend is so rampant right now. Some have posited that for us in the United States, in times when our sense of security is threatened by outside forces such as war, terrorism or economic instability, we look inward to that which separates this country from the rest of the world: the Indigenous peoples of this land. This option or ability to appropriate, or disregard, aspects of Native cultures to suit certain needs is built upon an historic legacy of colonialism.

In his book In the Courts of the Conqueror: The 10 Worst Indian Law Cases Ever Decided, Walter R. Echo-Hawk stated, “The central purpose of colonialism was to provide riches and land for European elites. To that end, a massive one-way transfer of property occurred in most colonies.” While ‘property’ can be understood as including land, resources and objects, he continued, “The appropriation extended to intellectual property.” American Indian names, symbols and art practices have all been a part of this one-way transfer of cultural wealth out of Indigenous hands.

The current movement to critique stereotypes in fashion is related to other movements of critiquing racist mascots and deep-seated misrepresentations in Hollywood. Indeed, the new ‘trend’ may be to call out racist trends. For many of us, we see how systematic efforts to erase or delegitimize Native people are carried out by appropriating images of Native cultures to an excessive and dangerous degree. Our concerns are also related to notions of power: who gets to represent ‘the Native’ in popular culture? This is one of the reasons why Native fashion designers are so important. They offer alternative versions of ‘the Native’ in fashion and give options that are based upon traditional cultural concepts as opposed to those that are completely dependent upon overused one-dimensional stereotypes. They can provide new perspectives on how to view fashion, how to engage with the act of adornment and how to understand cultural sharing and appreciate diversity in the world.

Jessica R. Metcalfe, PhD (Turtle Mountain Chippewa) owns and operates the Beyond Buckskin website and Boutique, which specializes in promoting and selling Native-made fashion. She is based in her tribe’s traditional homelands of the Turtle Mountains of the northern plains.