After The Ice: Watching the Arctic Melt

As a cultural anthropologist working in the Arctic, I have been reading and writing about the past changes in Arctic climate and its impacts on people’s cultures since my graduate studies in the 1970s. Yet I never thought that someday I would be watching such changes with my own eyes. 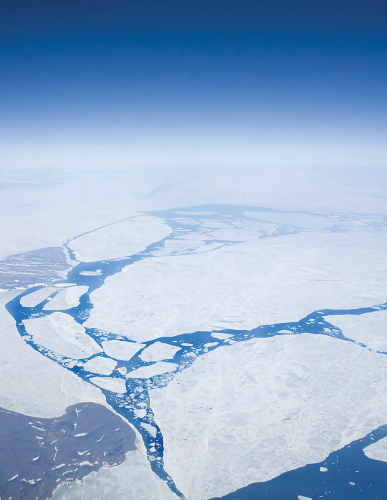 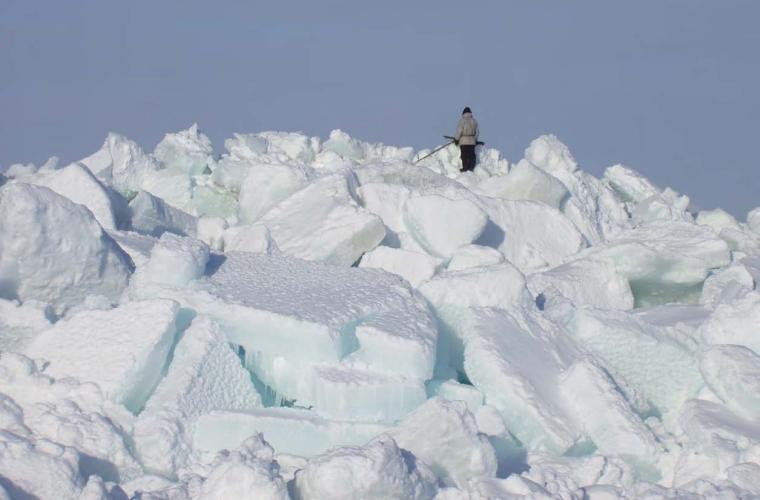 Yupik hunter watching for marine mammals from the top of shore ice ridge in front of the village of Gambell (Sivuqaq), St. Lawrence Island, Alaska. Photo by Igor Krupnik

Yupik hunter watching for marine mammals from the top of shore ice ridge in front of the village of Gambell (Sivuqaq), St. Lawrence Island, Alaska. Photo by Igor Krupnik

Studies of sea ice are commonly viewed as the domain of physical and natural scientists – geophysicists, oceanographers, marine biologists, climate modelers, polar navigators and engineers. There is yet another perspective on Arctic ice coming from social and humanistic research. In the areas where polar people regularly venture into the ice, they view it as a part of their home environment and a familiar space. They use it as platform for hunting, transportation, training and communal activities. As the sea ice comes and goes every year, it becomes a well-known customary space, a cultural scape, often for generations.

Such established ice habitats of polar people bear many typical features of the land-based cultural environments. Arctic residents have created elaborate nomenclatures for many local ice forms and processes. They call the ice their “winter highway” and have populated it with hundreds of local place names, terms, ice trails, navigation marks, and also with stories, concepts and ideas. Viewing the ice through the eyes of indigenous Inuit hunters is like entering a tropical forest with an expert botanist or an Amazonian tribal leader. The richness of what polar people know about their “home ice” is staggering; it was barely touched by generations of polar explorers, oceanographers and climate specialists.

Recently, anthropologists and human geographers engaged in systematic documentation of indigenous people’s knowledge and observations of the Arctic ice, working closely with local elders and hunters. When viewed as a “cultural scape,” a community’s historical habitat, the ice is rich in memories, cultural practices and rules of behavior that are crucial parts of an Arctic people’s heritage and identity. It is also an insightful venue for research on indigenous observations and vision of change, at the local and global scale.

Why Does Arctic Sea Ice Matter?

Today, cultural “ice-scapes” of polar people are threatened by global change but also by the progressive language and knowledge loss in many northern communities. When cultural knowledge about the ice ceases to be transmitted or people stop using their traditional ice habitats for safety, cultural, economic or other reasons, the frozen sea turns back into the “wild ice,” a cultural desert, the endless mass of unnamed and dangerous cracks, hummocks and ridges. The recent changes in polar sea ice are of great concern to the local people; but they also keep human scientists on edge, as we rush to document endangered cultural knowledge about “vanishing” ice.

Current planetary warming is happening twice as fast in the Earth’s polar regions – the phenomenon called “polar amplification” – and sea ice is turning out to be a very sensitive indicator of change. Climate specialists estimate that the Arctic Ocean now has 55 percent less ice during the summer months than it did 30 years ago, in terms of the area it covers, and 75 percent less in its general volume. If this trend persists, the Arctic may have little or no ice in the summertime by the year 2030, and mostly thin, young and very unstable ice during its much warmer winters. By all accounts, this new reality is yet another product of the Anthropocene era, the one created, or at least hugely accelerated, by our growing impact on the global system. The melting Arctic ice may be a harbinger of what may happen in other parts of the planet and how fast it may happen. It serves as everybody’s climate bell.

The Arctic and, specifically, Alaska offer many hints to what is at stake in the new Anthropocene environment: sandbagged coastal communities, loss of property, relocations and billions in infrastructure damage. The devastation hammered onto the East Coast by super-storm Sandy brought this message close to home. The City of New York rushed its new climate change preparedness plan to strengthen miles of vulnerable coastlines (at a cost of $20 billion) and in Washington, D.C., even a modest sea level rise predicted by the middle of the century would open the city’s downtown and the Smithsonian museums on the Mall to periodic massive flooding.

Planning for the Day After the Ice

Arctic indigenous people transmitted their age-old knowledge of sea ice via stories, careful training and generations of shared experiences, while polar explorers recorded their expertise in logs, charts and accounts of their voyages. In recent decades, many more players developed their visions of polar sea ice. To biologists, sea ice is the foundation of unique marine ecosystems, with its specific regime, productivity and associated biological species. The Coast Guard’s transportation and search-and-rescue operators watch the Arctic ice mainly as an impediment to their mission. To the agencies that manage and supply coastal areas, the ice is a mixed blessing: it blocks the navigation but also protects coastal installations and the shoreline from storms and erosion. To Arctic offshore industry, the ice is primarily a threat, whereas to tourist operators it is a business resource, as it offers spectacular scenery to lure boatloads of visitors to the North.

There is ample evidence that northern indigenous people are worried about the impact of increased ship traffic and industrial development on the melting polar ice. As the Arctic may become ice-free in summer by the year 2030, a new arena will emerge for conflicting perspectives on the sea ice viewed respectively as a home, a heritage scape, a habitat for endangered species, a threat to navigation and development, a barrier against storms and erosion, a freshwater resource and a symbol of planetary health. To the Arctic, as elsewhere, the Anthropocene era opens new complexities stemming from many colliding visions on the future of the planet. Among its unanticipated outcomes may be a new competition for the diminishing polar ice among local residents, wildlife managers, environmentalists, industry and other parties.

The only faction among these players that reportedly has developed a plan for the day “after the ice” is the World Wildlife Fund (WWF). In 2011, it received a $2 million donation from Coca-Cola Canada for a five-year “Last Ice Area” program. WWF has identified the region along the northern shores of Canada’s Ellesmere Island and Greenland that is projected to retain the remnants of summer ice by the year 2040, when all other areas of the Arctic will be ice-free. The WWF views this sector as the “Last Ice Area,” a prospective “ice refuge,” where priority should be given to conserving the habitats for ice-dependent species.

WWF argues that Arctic indigenous people have the authority and should take the lead in deciding the future of this critical area. If this strategy works, it would bring for the first time a concerted effort by the environmentalist community and indigenous people to preserve certain Arctic regions for the sake of protecting its shrinking ice.

As the Arctic ice keeps melting, many parties may put forward their claims for the exclusive or preferential use of the “last Arctic Ice” areas, first and foremost, for the ice itself. As Arctic nations see their maritime economic zones become ice-free in the summertime by 2020 or 2030, they will realize that no current international treaty or regime protects the polar ice. Our legal, public and scholarly perspectives on ice are framed by the vision of the past, when the future existence of polar ice was never questioned. Such future scenarios for the day “after the ice” may sound unthinkable today; yet we had better address how we are to care for the last Arctic ice (and will share it) before it is too late.

Local knowledge created by Arctic people is a priceless asset for future strategies for sustainable stewardship of polar ecosystems. It is also a precious component of humanity’s overall adaptation pool. Indigenous knowledge demonstrates that culture – in technologies, ideas, observations, beliefs, ethics and specific choices – is the key human tool to the effective and long-term response to climate change. There is an added urgency to act, due to today’s rapid transformation of the planetary environment. Arctic people gained remarkable experience in maintaining cultural and biological diversity in their home ice-scapes. We are all together in the boat of global change and everyone’s contribution matters in sustaining our planet’s health.

This article is excerpted from a talk in the Anthropocene lecture series, delivered on July 23, 2013.

Igor Krupnik is curator of Arctic and Northern Ethnology at the National Museum of Natural History.