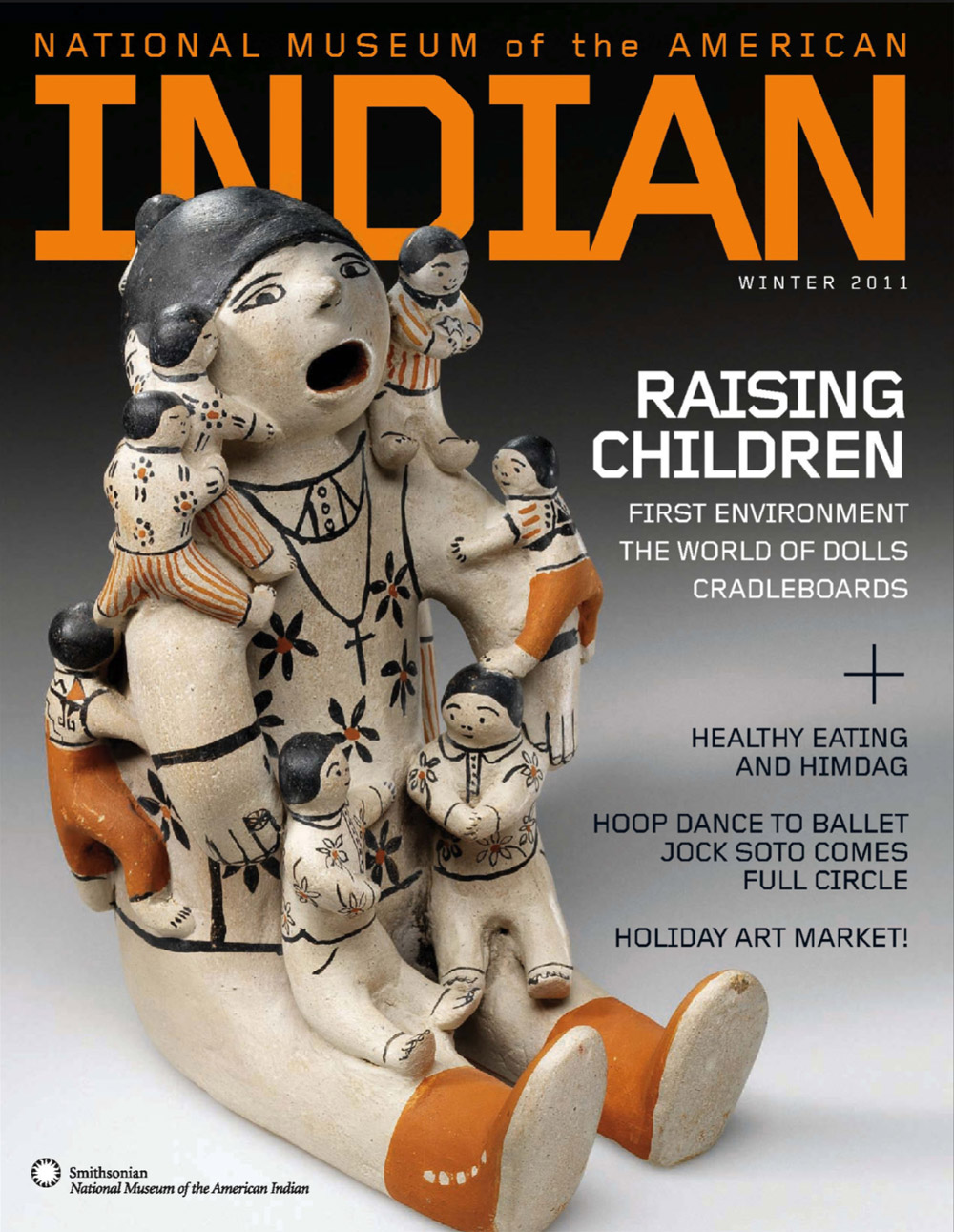 This storyteller figurine was modeled by the Cochiti Pueblo potter, Helen Quintana Cordero (1915-1994), around 1969-70. A representative of the Indian Arts and Crafts Board purchased it in 1970 in a shop in Santa Fe, N.M. It was part of the Board’s Headquarters Collection at the Department of the Interior in Washington, D.C., until 2000, when it was transferred to the National Museum of the American Indian. It is now on display in the Small Spirits exhibit at the Museum’s George Gustav Heye Center in New York City.